You'll Shoot Your Eye Out!

It’s getting near The Christmas Story season again when Ralphie Parker, pining for a Red Ryder BB gun, goes through all kinds of intrigues to get one – even sitting, stricken, on the department store Santa’s lap and announcing it.

“You’ll shoot your eye out!” Santa barks unceremoniously, dumping him into the exit chute.

(Spoiler alert!) Of course Ralphie gets the BB gun, fires it once and the BB ricochets off something, flies back and knocks his glasses off. Blindly searching for his glasses, he accidently steps on them, breaking the lens. Almost put his eye out. Well, there you go. QED and all that stuff.

Based on Jean Shepherd’s wonderful story of life in a small, mid-western steel mill town, it brought continuing attention to Red Ryder and the Daisy air rifle that licensed the comic book hero’s name – the oldest continuing licensing agreement in history. 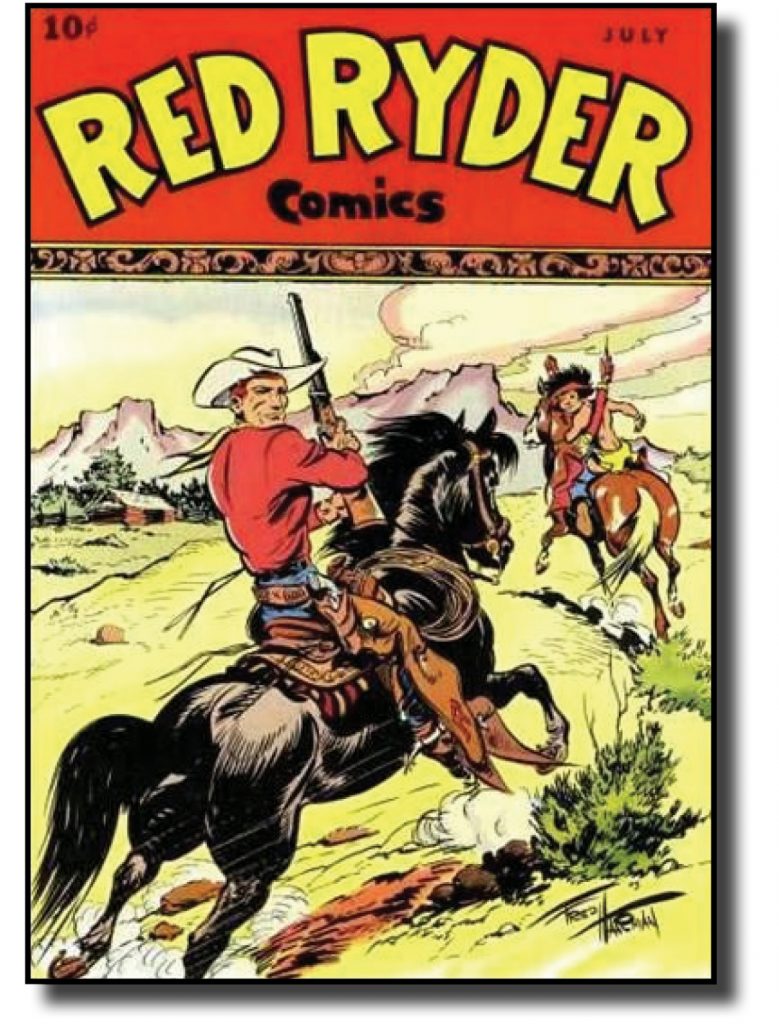 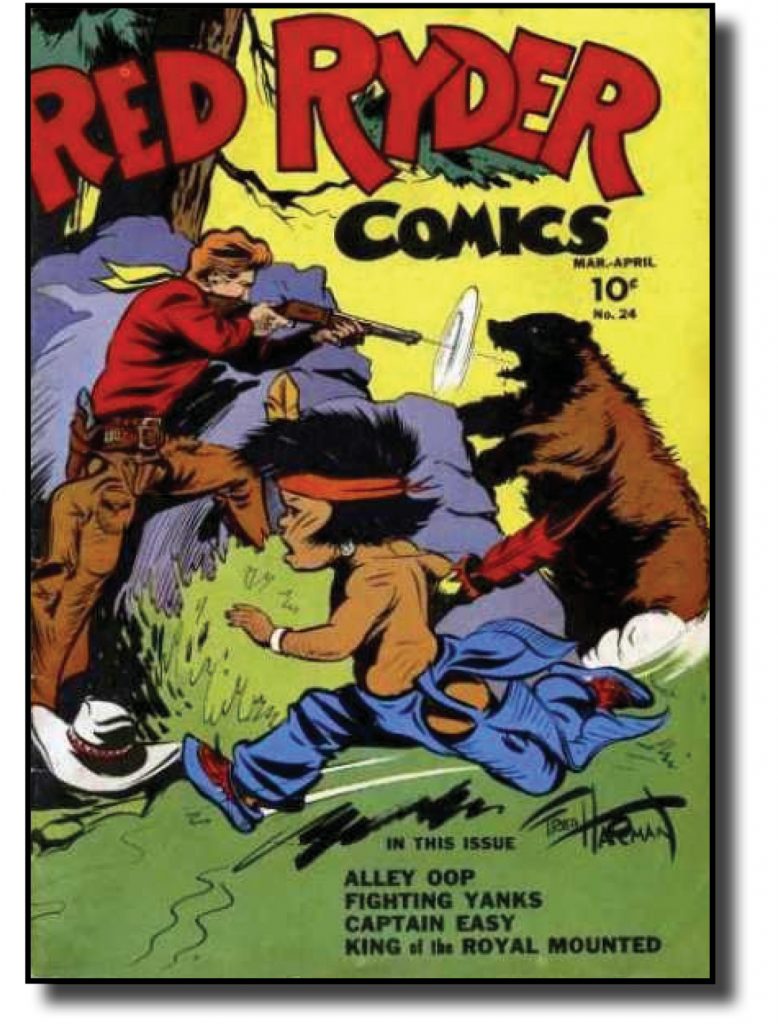 In what would be considered a classic advertising maneuver, Daisy Manufacturing Company ran hard-sell campaigns targeting boys in the Red Ryder comic books and other magazines promoting the air rifle.

“I’ll help you get a DAISY for Christmas” says a smiling Red Ryder. If you sent in a three-cent stamp, Daisy would send back a “FREE Christmas Reminder Kit” that included “Printed messages, to be signed by you.” They invited kids to put the messages under milk bottles, in the mail box, or on Dad’s easy chair. Complete ordering instructions and pictures of the air rifles made it easy for parents to make the purchase. 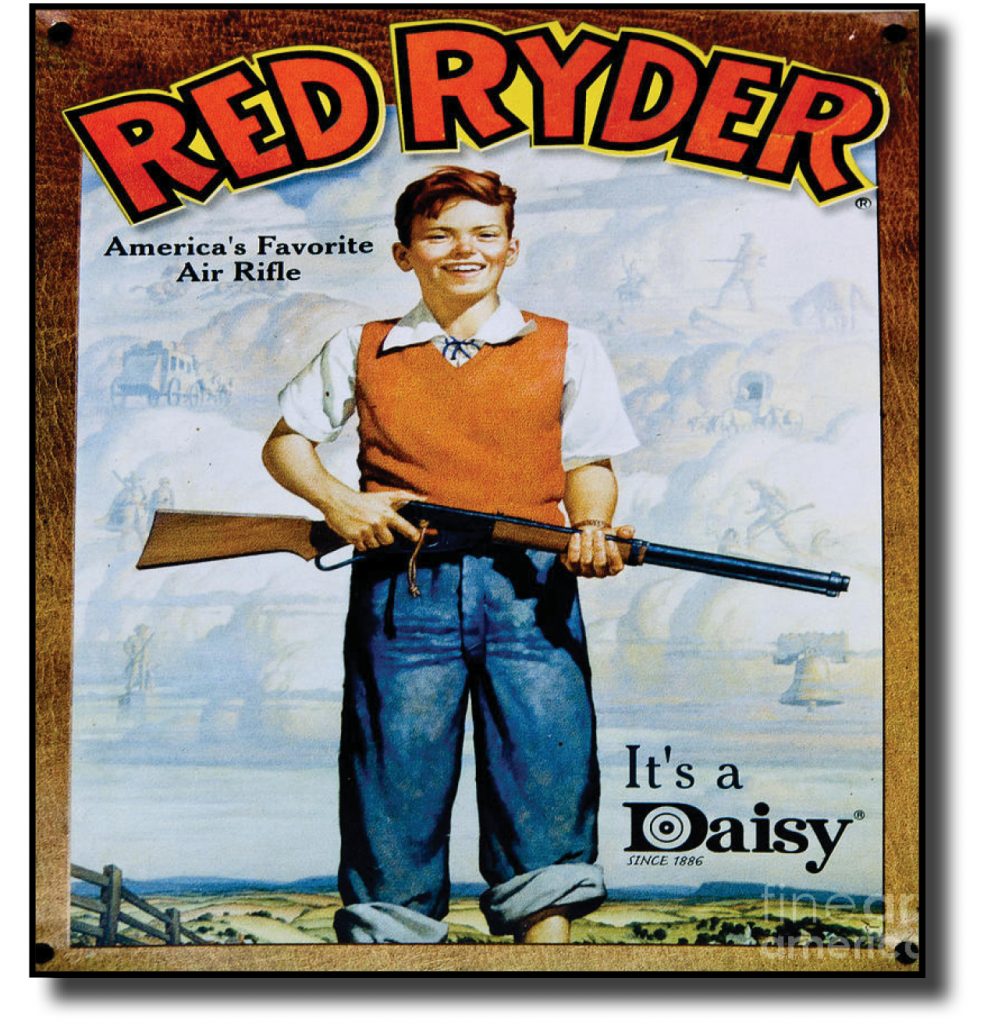 Leaving nothing to chance Daisy also announced that “If you HAVE money now (or can get it) buy your Daisy NOW.” The price for the “New GOLDEN BANDED 1000-SHOT RED RYDER Saddle CARBINE” was only $2.95. For only $2.50 you could get the “popular 500 SHOT Lightening-Loader Carbine.” A big, jumbo tube of BB’s was five-cents. If you had “Christmas Money” you were invited to use it to make a purchase.

As time went on the Daisy BB gun kit also included safety glasses and instructions to wear them when shooting. Apparently there were too many one-eyed kids wandering around America and that was bad for business. But it kind of took some of the fun away. As someone wise once said, for a real adventure, there must be a real element of danger.

The successful Red Ryder comic franchise spun off into movies, radio, books, merchandise, and clothing, continuing into the 1960s. Robert Blake, who went around with a cockatoo on his shoulder in the TV series Baretta and was accused of killing his wife a few years ago, played an early version of Little Beaver in 22 of the movies.

Today you can get your own Daisy air rifle from www.Daisy.com, Amazon and other resellers. They’re still affordable – The Red Ryder Model 4938 Fun Kit (including safety glasses) is about $60. It also comes in pink – certainly not part of the original concept when ad messages were directed to “BOYS!” Daisy today sponsors marksmanship competitions and you can take an online quiz and get a safety certificate. Their sales line now is couched in nostalgia: “It’s the gun with which you took your first shot.” The English is a bit tortured, but it makes the point.

As for Ralphie Parker, he goes on agonizing about shooting his eye out over and over every year about this time. I can’t wait. For me, it’s an essential part of the season.