Sometimes I ask myself, “What if…?” What if I’d been born in another country? What if we’d not moved to The Villages? What if Mom had accepted that invitation to go to Hollywood?

Yes, Mom did get an invitation to go to Hollywood. It was back in the ‘30s and it happened like this. 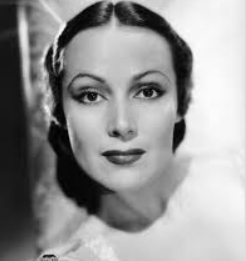 Mom was beautiful. Everyone said that she had the face of a movie star. In fact, she did, the face of Delores del Rio. In a May, 2021 Vanity Fair article by Hadley Hall Meares, del Rio is described: “Born in Durango, Mexico, in 1904, María de los Dolores Asúnsolo y López-Negrete—nicknamed Lolita—came from an aristocratic family of Basque-Spanish bankers and farmers. A beloved only child, as an adult she recalled, per Hall, that her family had a fine coach that was “the envy of my cousins. I would climb up in the carriage and I felt like a princess. My mother sat in the back part and I accompanied her to church, on visits, to the seamstress… I loved the gifts of necklaces, bracelets, earrings! My mother’s friends gave me sweets while they had tea.”

Over protestations from her mother, husband, family and friends, Delores accepted an invitation to become a Hollywood star. She soon became known as the “female Rudolph Valentino.” She and del Rio divorced, Delores remarried, and there were numerous touches of scandal and intrigue in her life.

Mom grew up in strict Italian household in South Philadelphia with four sisters and little opportunity for scandal or intrigue. There was certainly no dating unless the young man was approved by the parents and, even then, another member of the family had to tag along as a chaperone. 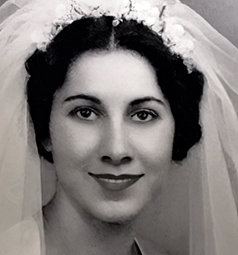 As Mom grew into her late teens people often compared her beauty to that of del Rio, now one of Tinseltown’s leading actresses (and sex symbols). For some unknown reason (unknown at least to me) Mom wrote to del Rio praising her acting and, oddly, enclosing a photo of herself that had been taken in a photo booth.

A few weeks later a letter arrived for Mom. It was from del Rio’s agent who, noted the remarkable resemblance, and offered Mom a trip to Hollywood to do a screen test for a job as a double for the famous actress.

My grandfather went ballistic. In language that was colorful and sprinkled with Italian curse words, he absolutely forbade Mom to even consider the idea. Hollywood movie stars had bad morals and slept their way to celebrity status—in his opinion. His daughter would certainly not be going to Hollywood or anywhere else. And that was the end of that.

So, Mom put aside her dreams of fame and fortune and instead got a job as a “color enhancer” at a photo shop. Although there were some color movies at the time, the technology had not filtered down to the Kodak Brownie cameras that ordinary people used for the family snapshots. Colorization involved artistically applying dyes to the black-and-white photo prints so that the subjects had pink cheeks and the backgrounds had green trees and blue skies. The results didn’t look “real,” but it was the best they could offer until color still film became more available. It was much like the early days of “special effects” in movies; comparing the visual of the Red Sea parting in The Ten Commandments of 1956, with the “computer generated” graphics of Iron Man. 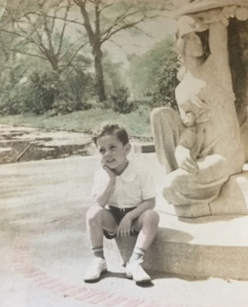 Eventually Mom was introduced to a young man, who was eventually approved by the family, and they married (eliminating the need for a chaperone when going out together), and eventually I came along.

There is a theory that there are an infinite number of universes, based on individual decisions, each with a different outcome of events. What if Mom had defied her strong-willed father and got on a train bound for Hollywood, become a stand-in for Delores del Rio, and achieved fame and fortune? Would I be here today writing this? Would I even “be?”

That’s the joy of playing “What if…?”