Jim, my husband, was a frustrated farmer. His biggest goal was to have a nice, tidy farm with various animals and birds running around doing what they do. We had a big house, a big barn and lots of fenced pasture. But Jim, a construction manager on a huge power project, was always short on time.

So, he made a deal with Jack, our teenage son. Jim would buy two feeder calves, Jack would be responsible for feeding and caring for them. When they were big enough to butcher, one could go in our freezer and Jack could have the proceeds from the sale of the second one.

The calves could have the run of the pasture during the day and come into the barn to be fed at night. It sounded great.

One morning before he left for work, Jim informed us that two young Herefords calves would be delivered that day. “Put them in the barn until I get home,” he said.

Two similar animals arrived: How do you tell them apart? Of course! You give them names. By the time Jim got home, the boy calf was “Elmer” and the girl was “Elouise.” Each weighed between 400 and 450 pounds, had pretty, white faces and seemed VERY wild to me.

The next day was Saturday, so Jim decided it was time to turn the calves out to get used to their new pasture. He rolled back the barn door, the calves looked at the daylight, stuck their tails in the air, and took off running. When they got to the wire fence around the pasture, they clambered between the strands and kept on running into the two hundred acres of woods at the back of our property.

We all took off after them. Elmer and Elouise could run like deer and did so every time one of us got anywhere near them. We chased them through the woods all day Saturday and most of Sunday. We left corn and grain inside the pasture fence. They climbed back through the fence in the night, ate all the food, and went back to their woods.

On Monday, before he left for work, Jim told us E and E were now tired from all of the running and we could probably catch them. I thought, “And we’re probably too tired to chase them any more.”

Cows are herd animals. They do not like to be alone. The kids and I went back to the woods and managed to separate them. Sandy, our daughter, heard Elouise bawling for Elmer and chased her down a hill where the calf hesitated before jumping across a little stream. That was enough. Sandy took a flying leap, caught Elouise by the tail and got dragged through the stream and up the mud bank other side. Then she thought to wrap Elouise’s tail around the trunk of a little tree, bringing her to a halt at last.

It was a noisy affair. Elouise was bawling for Elmer and freedom, and Sandy was screaming for Jack. We all soon arrived to find Sandy clinging to the tail and the tree while the calf was desperately trying to escape. Just to make things more interesting, while all this was going on, we also had to be sure that Kevin, our six- year-old, did not get separated from us or we would have also been faced with a search for a small boy in the woods.

Jack quickly fashioned a halter from a piece of rope, and we began dragging Elouise back to the barn. We would drag her a little way, then she would fall over and look like she was about to expire. It took us a while to figure out we could twist her tail up over her back and keep her moving forward. With all four of us, me and the three kids working together as a team, we finally got her locked in the barn, still bawling for Elmer who was still sneaking along behind us in the woods.

Jack was an athletic teenager. Running downhill at top speed, he jumped over the fence and landed right on top of Elmer, bringing him to the ground. They tumbled head over heels down the hill and into the neighbor’s pond, Elmer upside down on top of Jack in the shallow, muddy water. Believe me, now that Jack had the calf, he wasn’t about to let go. Not even if they both drowned.

Luckily our neighbor, who was way more familiar with cattle, had seen the whole episode and came running. He hooked his thumb and forefinger in Elmer’s nostrils, told Jack to let go, and calmly led the calf by his nose back around to our barn.

Before he left, he gave us some valuable cow lore:  if we planned to turn those calves out, we needed to train them first; we should first put a rope around their necks and tie on a sizable log so it dragged right between their front legs. That, he instructed, would teach them in a very short time they could not run away. He also said that if we fed them in the barn twice a day, they would quickly learn to come in to be fed. He was right. They did. And our lives became much easier.

Elmer and Elouise stayed home, grew and prospered and became part of the family. The stories of their escape and capture also grew slightly larger with each retelling.

When they were big enough to butcher, we had to make a fateful decision. We ended up selling both of them. Nobody in our family wanted to greet Elmer or Elouise on their Sunday dinner plate.

We also learned several valuable lessons in animal husbandry. My favorite:  If you plan to eat it, don’t name it. 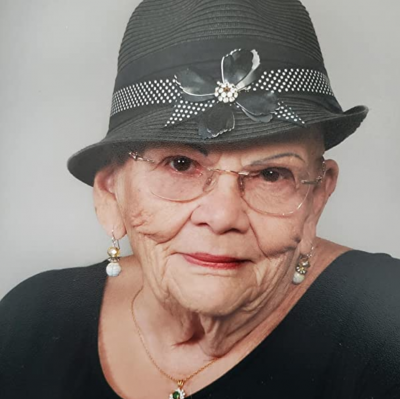 Peggy Kime, who knows all about horses and farms, is the author of several children’s books. Two of her most recent books deal with bullying which she experienced as a child.

Check out her latest book Hector: a Baby Horse Who Wanted to be a Unicorn  and Hoof Prints on Her Heart, another book about horses and bullying, written for older children.

9 thoughts on “The Saga of Elmer and Elouise”