It’s a cloudy afternoon in a small city. The date and exact time are not important; time is a relic of the past. The concept ceased to exist somewhere between the first million dead bodies out in the real world and the fifth wilting plant in the comfort of my own home. By now, life has been reduced to fruitless attempts of catching the mouse occupying my kitchen and not so secretly observing the neighbours’ ever-recurring visits by the local drug dealer which provide a reassuring constant in these times of unease. A nagging thought in the back of my mind tells me I should be working on my research thesis; I am fairly certain though that “shoulds” and “woulds” have lost their meaning with the disappearance of time, since without tomorrow surely today’s choices don’t matter much and who cares if we can cure cancer if the survivors are killed by a virus? I push the intruding thought aside and focus my attention back on what is important: I have acquired a new weapon, a tin of shiny red cubes of Vitamin K antagonists, cunningly designed to promise a healthy source of nutrients with their sweet and fruity smell, while delivering untraceable death by unstoppable blood loss. It feels like some kind of cold war secret agent assassination scheme. It’s a last resort.

I’ve tried humane methods before: I tried to ignore the steady scratching of tiny claws from underneath my kitchen cupboards when it first started, interrupting my Netflix binges telling me to go to bed. I tried to ignore the faint rodent smell that I would recognise everywhere, anywhere, after being trained to work with laboratory animals for the last three years. I tried to ignore the half chewed through protein bars, the only edible items I keep in my kitchen cupboards, kept in my kitchen cupboards, since I remove them in an attempt to stir the mouse away; no food here, try some place else. I tried to remove the heavy blinds, placing humane traps underneath the kitchen counters with the intend of catching it alive and releasing it in a nearby park. I tried tempting it into those traps with whole pieces of chocolate, mountains of pumpkin seeds, heaps of peanut butter, or hell even a bite of salted caramel protein bar since it appeared to be quite fond of that. Nothing worked. The rumbling of the washing machine seemed to drive it away momentarily, but the scratching returned eventually and who can afford to run the over an hour long 90°C program at regular intervals, for I definitively cannot. I tried to accept my faith and share a passive aggressive coexistence, waiting and seeing who would outlive the other, calculating that I would have the upper hand since the fight could only last a couple of years, provided it did not have babies and I could afford the flat for that much longer. I did try, but every attempt to keep the peace suddenly came to a grinding halt when the mouse found a way out from underneath the kitchen cupboards and surprised me during my morning coffee, bustling around in front of my sleepy eyes and fast asleep reflexes as if it was the righteous tenant of the flat, before disappearing back into its dedicated zone. This is when I lost my patience. The flat is too small for both of us if we wont stick to either allocated time shifts or spatial allotments. As I had graciously given up the lower kitchen cupboards, the outer kitchen area surely now counted as my personal space. Granted, the coffee was consumed when the room was still infiltrated by rays from the street lights outside. I will thus acknowledge that I might have been intruding on the end of the night shift; however, since I am not aware of the mouse contributing to rent, I shall be allowed to make and amend the rules as I please. The night after the coffee incidence was when I ordered the poison. That night I went to bed with an overwhelming sense of accomplishment. I am smarter than the mouse.

Days pass, exactly how many is hard to tell since I can’t rely on the usual work-weekend schedule to draw accurate conclusions. If I were pressed to guess, I could go by the number of naps and actual deep sleeps to estimate about a week of no reaction from the mouse. No bite taken out of the deadly cubes scattered around the outside kitchen area, no mouse in the traps hidden carefully behind the kitchen blinds. The checking for the presence of the poison every morning, after sipping my coffee before brushing my teeth, adding another ritual to my lonely existence. I don’t expect a change, so I almost don’t notice when something is different. Had I not focused all my energy on perfectly angling an empty amazon deliver box to the trash can to create a hiding spot that any mouse would find appealing in the cold, open kitchen, I might have missed the lack of deadly red cube in exactly that position. It’s definitely gone. One small mouse has devoured a cube at least half its own size over night. What a feast. I bask in my luck before my mind jumps onto a carousel of ever faster circling thoughts: what if it crawled into a hidden corner to die in peace, leaving me with the impossible task to find it before it decomposes and.. smells? Even worse, what if I actually did not place the cube there in the end, of if I removed it at some point, kicked it away one of the many times I stumbled against the cardboard box, and now am thinking myself safe and the mouse dying, which really is still very much alive and heavens help, reproducing? Is it the right season for mice to reproduce and is there even a right season for mice to do so? I’m confused now, dizzy, I can’t trust my senses. I’m almost certain I must have removed the bait myself, did I not once knock over the tub of cubes sitting on top of the perfectly angled cardboard box, spilling half of them onto the floor? Maybe when I put them back I accidentally picked that one up as well? Surely that must be it? I take a deep breath, reorganise my thoughts like I reorganised every drawer in the flat a few months earlier. Focus now. Take a cube from the tub and put it where it belongs. In the safe corner. Burning this image into my eyes; I won’t be doubting myself next time.

I wake up that night, something is not quite right. I realise it’s a sound coming from downstairs. I lie in the dark, trying to place the noise, connect it to a meaning. It’s a persistent light knock, it could be confused with the drip in the bathroom when I leave the shower head slightly tilted. Or the dropping of water behind the storage cupboard wall when the wind makes the rain hit the connection between the two houses from the east. But it’s not. It’s ever so subtly different and I cannot wrap my head around what could possibly be responsible for such a sound. Like every character in a good horror film I decide to investigate. Unlike every horror film protagonist I do so prepared: I slip into a jumper since I don’t want to die naked, and sneaking past the coatrack in the dark I grab the pepper spray from my big puffy winter coat I used to wear to walk to the 24/7 gym during better times. I pause before the kitchen door and listen. Then with one big breath and in a single motion I fling the door open and hit the light switch to its right. I’m concerned for a second, startled by the lack of attack I was expecting, but I recover quickly. Trained by what seems like years but most likely is only days of ritualistic behaviour, my eyes dart to the safe corner – which is empty – and skim the kitchen floor, finding one, slightly battered, single red cube in the middle of the space, that I am certain I did not place there. There’s a rumbling behind the counters I only seem to notice now, when I simultaneously observe tiny marks on the once so perfectly cuboidal shape. My mind produces an image of the mouse dragging around the cube in the kitchen trying to bite off little pieces and the cube rolling over with the clicking noise that is still fresh in my head and fits the picture perfectly. Now I’m certain. I got it. This is everything I wanted, everything I dreamed of. I go back to bed with a smile. Once more I wake up that night by the sound of the mouse securing its own death. I fall back into an easy sleep.

The thought doesn’t hit me before long after my morning coffee: am I the hero or the villain in this story? I can’t seem to recall any example of when the hero ever won by sneakily poisoning their opponent. Was this self-defence or cold blooded murder? And what ever happened to the evil queen who tried to kill snow white with the shiny red apple?

Out of the corner of my eye I register the darkness outside and the faint light of the street lamp in front of my house. I realise I can’t remember the last time I took my seat by the window with a cup of tea to wait for the neighbours’ dealer, observe the usual phone call, five-minute wait, opening of door, stepping inside without closing the door, quick exchange of goods and pocketing of money before biking off. It will be too late now, this dance always takes place in the bright light of the day. I’ve let myself down. It has been a long day, in a very long year. It’s probably time to take a nap.

Valentina Bart is a PhD student of Immunology in Cardiff, Wales. She was born and raised in a small town in Austria. Apart from science she also have a passion for the culinary arts and once took a cooking class at a Michelin starred restaurant. “Living on my own,” she says, “COVID-19 isolation has been difficult, but has also given me the time to express myself creatively as well as to browse the internet for hours on end which is how I stumbled across this competition.”

She can be reached at valentina.bart.mail@gmail.com 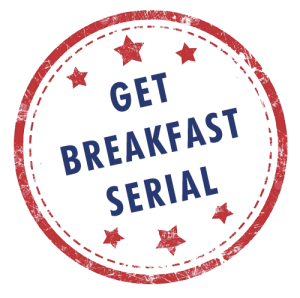