17.
With only three seconds
left in the game…

Cincinnati Field House. The 1951 state basketball championship final game. Columbus St. Mary’s against Johnstown Winthrop Academy. The score is 61 for St. Mary’s and 60 for Winthrop. Three seconds left in the game. It’s Winthrop’s ball at the half.

The 25,000 people in the Field House are screaming and pounding their feet on the bleachers. It sounds like an air raid with frenetic tom-toms. The ref holds the ball, pulling it close to his chest away from the Winthrop player, Greg Warner, a senior, who has his hands out to take it, looking at his teammates who are circling around, waiting for the play.

Winthrop coach, Dinny Kowalski, is shouting through his cupped hands, “Ollie! Give the ball to Ollie!” He is dangerously to the end of the bench area, trying not to overstep lest he get a technical foul.

St. Mary’s coach, Leo McTeer, is jumping up and down and waving his arms wildly shouting, “Keep them out! Keep them out!” meaning prevent Winthrop from piercing the solid wall of players set up in the tight 2-3 zone protecting the Columbus net.

Oliver Shagnasty breathes as deeply and calmly as possible, moving in small circles just behind the thick, black half line, already holding his hands out to receive the ball.

He takes in the placement of the opposing teams on the court. Winthrop players moving and cutting in their red and white uniforms, legs and arms sticking out and waving slowly like so many daddy longlegs.

The five St. Mary’s players in a tight zone, shifted to the left where the ref stands with the ball, legs spread, knees bent, arms up, ready to shuffle and defend for three more long seconds.

Oliver remembers the enormous amount of work and sweat the sacrifice he and his teammates have put in just to be here. Tens of thousands of lay ups and set shots and free throws. Thousands of miles of wind sprints and side shuffles. Hours of man-on-man and zone defensive drills. Picks and dribbles and sleepless nights as minds and bodies repeated the synchronized moves and motions that made them winners.

And coach, too. Countless hours helping the boys perfect increasingly complex plays and strategies. “Basketball is a mental game,” he stated over and over. “You mostly play it with your head.” Improvising drills, studying opposing teams for strengths and weaknesses, rehashing their own games over and over, play by play, in team meetings teaching them how to shore up gaps and seek out advantages.

“You go to school to learn. Academics are everything.” Coach would often say. “If you can’t pass your academics you can’t play basketball.” Then he would arrange for extra tutoring for players like Turner who was having difficulty with math, or for Warner, who was a terrific athlete, but terrible at English lit.

Oliver didn’t have academic or athletic problems; he was a natural at both. Six two, muscular, blonde and sporting a wide smile, he was probably the most popular person in the school. Girls wanted to be seen on his arm. Guys wanted him in their clubs and on their teams. Teachers cited him as a shining example. And his parents, as did other parents, doted on him.

The world was moving in slow motion. The ref slowly handed the ball to Greg Warner who took it in two hands, leisurely pulling his elbows back to snap the ball out into play, the coaches waving like men trying to move in thick molasses, the timekeeper watching the court intently, holding his hand over the clock, waiting for the ball to be received.

Oliver ran toward midcourt, hands out, facing Warner on the sidelines. The ball floated lazily toward, into his waiting hands. He knew the timekeeper’s hand descended at the instant he touched it. The ref had his whistle in his mouth, ready to blow, St. Mary’s players tense and expectant half a court away. Winthrop players rushed the St. Mary’s basket. Except Oliver.

He turned, counting the seconds, “One thousand and one, one thousand and…” He focused on the spot behind the front rim of the St. Mary’s basket, right in the middle of the hoop, felt the coolness and texture of the leather in his hands, took one confident step forward, his left foot forward of the center line, coiled like a spring, exhaled half way and held. The two-handed shot exploded into the air in a high arc.

The Fieldhouse was dead silent. No one breathed.

Oliver watched the ball, appearing almost disinterested now that it had left his hands. He dropped his hands to his sides. 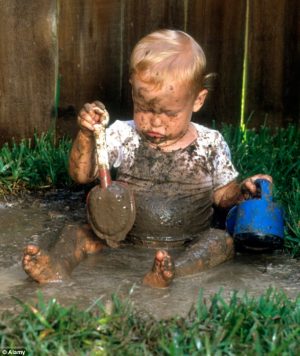 “You were born far away from here,” she had answered seriously. “Your parents died in a terrible car accident. You had just turned two. It was a terrible thing, but we’re really pleased that you became part of our family.” She kissed him tenderly on the forehead and shooed him off outdoors. “Now, go see what your father’s up to.”

The only thing he had left from that far off time before memory was a much-worn rabbit’s foot charm on a brass bead chain. Mom told him that it once belonged to his biological father. He kept it in his bedroom desk drawer and sometimes took it out to look and wonder. What had his life been like before the accident? What would it have been like if his real parents had lived?

1 thought on “The Early Adventures of Homer Plow & Oliver Shagnasty”