With a violent crash, the glass from the sliding doors exploded.  Liam Rooney, who had been sleeping soundly in his berth on the O’Sinbad IV, was instantly awake, covered in shards of glass, from the now missing sliders.  Then came another screaming sound as another shot passed just above his master’s suite.

Crawling across the floor in the direction of the incoming projectiles, Liam left a trail of blood from cuts the palms of his hands and knees were suffering in his effort to get to the bulkhead. A bulkhead which until just seconds ago contained windows.

Liam slowly raised his head to look through the opening, all that was visible was a cloud of smoke. What kind of weapon are these guys using? he asked himself, hell, they are certainly not using “smokeless powder,” who the hell are they? What have I done to deserve this?

Then as he heard another round coming in his direction, he ducked and rolled himself into as tight a ball as he could.  Then there were loud voices, and what sounded like pops, presumably gunfire coming from the same direction as the loud explosions.  The O’Sinbad IV was obviously seriously suffering from the onslaught as he felt the massive ship shutter. Then the sound of metal shearing, as what sounded like gunshots peppered the ship.

Then the silence returned, Liam again cautiously edged up to look for the source of this destruction.

“Oh no! I am not really seeing this; am I in some kind of shock?” Yelled Liam.

Again, looking through the smoke there appeared one, no two, no three, no… what were those shadows behind them? There must be at least a half dozen ships with sails out there!

The sails were silently flapping in the wind. On the top of the largest mast, which was also the closest he saw the silhouette of a large flag.  Suddenly the full moon broke through the cloud of smoke, it was a black flag with a skull, and crossed bones. Liam again ducked down to what he hoped safety.

Oh my god, this is what Tony warned me about.  If the funds were not paid out within 120 days of Tony’s death, they would come looking for me. What am I going to do?

As he once again took a quick look, he noticed the ship that had been closest was now just a few yards away, it had almost ghostlike silently crept up to the O’Sinbad.  Then, from the rigging of the black ship, he saw shadows of people swinging on to the O’Sinbad.

One of the shadows was headed directly at the hole in his ship which moments before had been windows.  As the form grew closer, he saw a pirate, complete with a black bandana wrapped around his forehead, the bandana was topped by a hat with an exotic red feather. There was a sash of black over a crimson velvet waistcoat and matching breeches.  A black belt with an empty scabbard was around his waist.  Liam then noticed the large silver pirate’s sword in his hand.

As the figure grew closer, Liam noticed the stature of the boarding pirate was indeed small, perhaps five feet or so.  As the pirate was just about to crash into his cabin, Liam exclaimed “Oh no, it’s Tony!”

Then there was flash of light and another loud crash which again shook his ship, but this time it was not from a pirate ship, instead it was caused by a nearby lightning strike, a common occurrence for Florida, the lightning capital of the world.

Liam sat up abruptly in the king size bed, and in what was now full moon light saw nothing but the occasional lightning flash on the horizon. There were also the flames coming from the top of the Canary Palm tree one hundred feet away which apparently had been the target of the lightning strike.

Liam now totally awake started his body check. Yep, feet are there, arms there, knees there, no sticky blood, his palms… no blood. The glass sliding doors had suffered no damage. Hell, the O’Sinbad IV was sitting calmly at its Hamlets North Marina dock.

What an absolutely horrible dream I have just experienced. Tony, Tony, Tony…  what have you done to me? 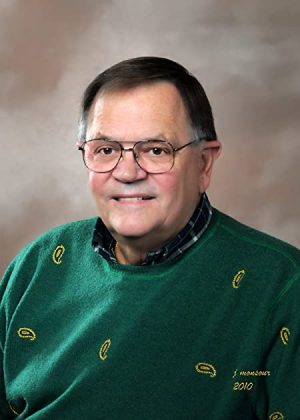 Ron Markland grew up in Missouri and graduated from Washington University in St. Louis.

After leaving the world of military intelligence, he spent the next 30 years in the family electrical construction business, but his interest in crime never waned.

After retiring, he joined a true crime book club and the rest is history. This is his third book.

3 thoughts on “The diLingo Affair”