As a kid growing up in rural Illinois, I learned a lot from our cow Lucy. When I wanted to get her attention, I would flail my arms in front of her face, point and direct her to “eat that grass over there!” Lucy would just look toward me and continue her business of chewing her cud. As a Black American woman living and working in New Delhi, India, memories of my trying to manage Lucy helped me develop the patience and understanding I needed when faced with cross-cultural challenges.

I was a country girl. I grew up with poor people, cows, dogs, heat, humidity and tornados. And I was not new to traveling. After leaving undergraduate school, I had spent time in England, studying Shakespearean History at the University of London, and traveling around Europe. I also had spent time in Africa at the University of Ghana in Accra and surrounds, studying African History and culture. Everywhere I had gone in Europe and in Africa, my presence had been either ignored or met with fleeting, cursory glances. I liked the anonymity. Going to live and work in New Delhi for two years, I expected much of the same. I expected my reception to be another adventure; another colored pin on my world traveler map.

When I landed at the airport in New Delhi, I knew immediately that I had miscalculated. My previous travel and life experiences had not prepared me sufficiently for the onslaught of people and animals, and the stifling heat and humidity. And as a Black woman, I realized that my anonymity calculus was deeply flawed. I was not ignored or met with fleeting cursory glances. I was in the spotlight.

When my black face was spotted in the city of New Delhi, some people would stare, and others would rush to get close to me. Some would rubberneck; others would be jostling and pointing with gitty smiles on their faces. On more than one occasion, young men would break through the crowd, stand within a few feet of me and ask in broken English, “Where you from?” I answered as I took a few steps back, “I’m American. I’m from the United States.” There would be more jeering and laughter as my questioners continued, “OK. But where are you really from”?

I assumed the answer the men and the onlookers were anticipating was the word ‘Africa’. Somehow, ‘Africa’ conjured up stereotypes that I as a Black woman was not exemplifying. They were curious and confused. I had black skin, I was speaking English and wearing American attire—a white blouse, khaki slacks and sporting a Mary Tyler Moore hairdo. For these onlookers, Americans were White. I was a forgery!

I told myself, “I have college degrees in education and in counseling and I know about “culture shock.” I know about the long history of racial, ethnic, religious, and cultural issues in the United States and in India. The United States had a caste system based on race; India had a caste system based on their work and religion.

Yet my mind, my senses and my physical being were struggling to accept and adapt to my surroundings and to my lack of anonymity. I was ill prepared for the level of ‘violations’ to my personal space, and ill prepared to participate in the ‘blinking game’ to see who looked away first.

My entry into New Delhi conjured up memories of my first day in class at my all-white elementary school. When I walked in, fifteen pairs of kids’ eyes were staring at my black face until the teacher broke the spell with the words, “OK kids, say ‘hello and welcome.’

I was reminded again of the time I entered an upstate New York diner and the entirety of the patrons’ voices went silent. Their spoons and forks froze in midair, but their piercing eyes said it all.

There was a difference between violations to my personal space in the US and the violations to my personal space in India. My White classmates and the diner patrons kept their distance. When I made eye contact with any one of them, they looked away or resorted to side-eyes or furtive glances. Americans don’t play the blinking game. In India there was a different concept of ‘personal space.’ Moving in as close as possible and playing the blinking game was the objective. I always lost.

Initially my respite was to retreat behind the compound gates of the American Embassy School. It was Little America behind those gates. The Indians working in my house, in the classrooms and elsewhere on the diplomatic enclave were Americanized. They didn’t violate my personal space; they didn’t play the blinking game. I scanned the school staff and the diplomatic community looking for other Blacks to commiserate with and to problem-solve. There were none to be found. I was alone in my Blackness.

I soon came to understand that as an American with all the baggage that comes with being a black American woman, I had to adapt to living in India. I had to stop trying to guard my ‘personal space’. I had to stop participating in the blinking game.

In my forays out into the streets to visit the Mughal forts in Old Delhi or the open markets of Janpath, my skills learned from Lucy were put to the test. Indians were not going to change. It was up to me. I put on my sunglasses, grabbed a taxi or a three-wheeled motorized scooter and focused on my ‘business’ of living and learning. I refused to dignify or ‘see’ the attention-getting flailing and verbal jeering of onlookers. I learned how to look past my distractors. I learned how to be alone in a crowd.

Once I got control of my responses to the game being played, living in India as a Black woman became an adventure. I learned to avoid places in cities where masses of ‘tourists’ frequented. I took trips out into the countryside and into the desert where the people were focused on making a living for their families. I visited bird sanctuaries, hill stations, historic palaces, and took safaris on elephant back in search tigers.

Although my acculturation had significant challenges, I realized my dream of experiencing excitement and adventure in “Unforgettable India.” Thank you, Lucy! 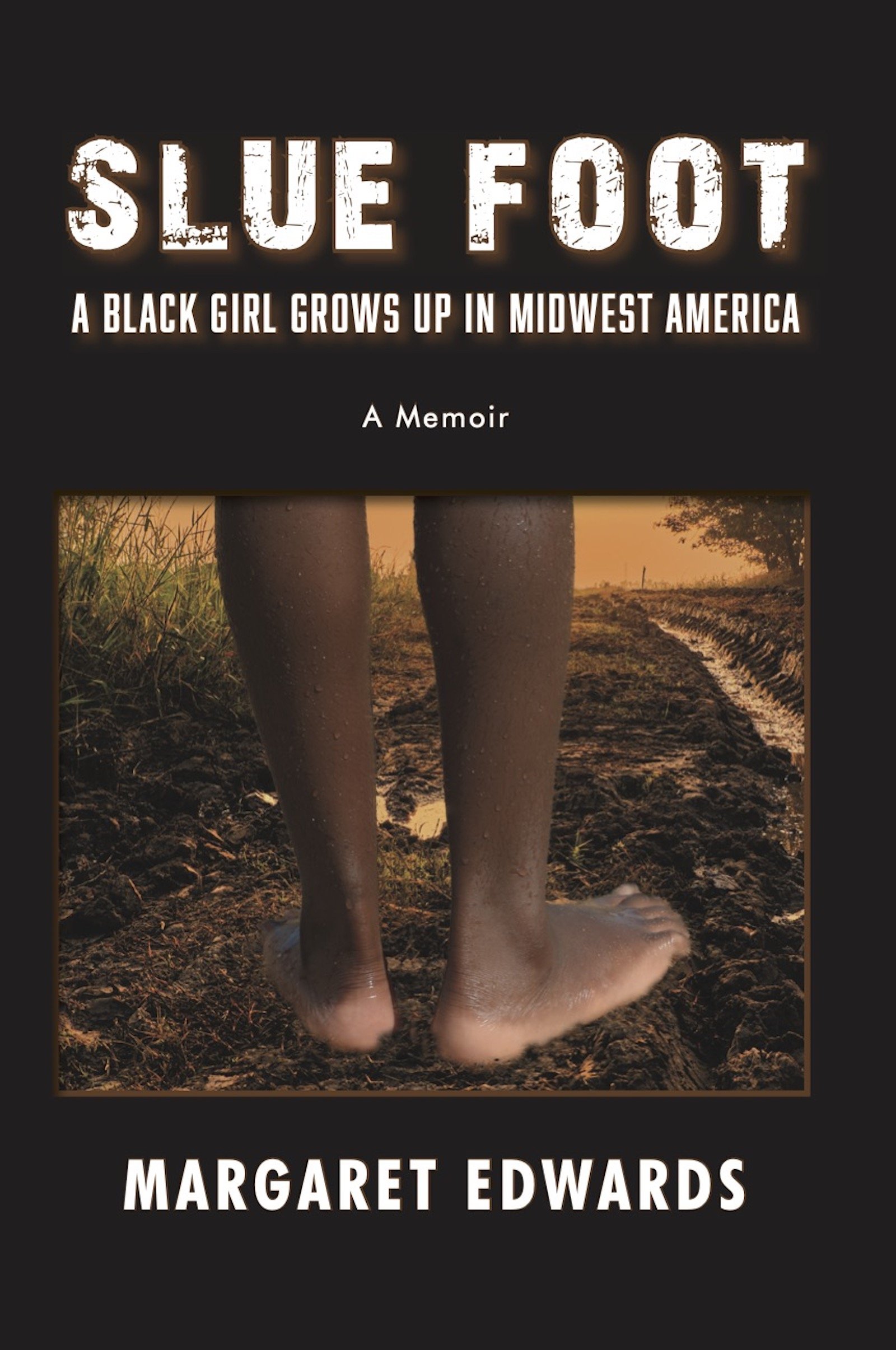 Margaret was one of 15 children who migrated as a family from Mississippi to rural Illinois in the 1950s. They were part of the Black migration from the South to the North. Most people moved to the larger cities like Chicago and Detroit, but Margaret’s father had other ideas and moved to Mt. Vernon, IL.

Years later with a PhD. in hand, she spent 30 years working at Embassy and  International Schools in India, Sudan, South Africa, Hong Kong, and Paraguay. In each location, she followed her love for music and theater. Margaret now resides in Florida with her husband.

Slue Foot, Margaret Edwards’ memoir about growing up Black in Midwest America, is available on Amazon and at select bookstores.

Click here to read a recent article on Margaret Edwards