Imagine! A kid walks through the middle of town with a rifle slung over his shoulder and no one even notices.

That was then and this is now!

When I was a young kid growing up in a small industrial town in central Massachusetts, I considered myself pretty lucky. I had good parents who worked hard, my dad in the textile mills and my mom in a pocketbook factory. They didn’t make a lot of money, but enough to build their own house and to provide for my sister and me.

My birth date was unfortunate, during the Christmas holidays, December 27th, 1944 to be exact. I was supposed to be born on Christmas day, but I came along a couple of days later. It didn’t take me long to figure out that my parents were withholding some Christmas gifts, so they’d have something to give me on my birthday. I learned to accept that—like most ‘Christmas children’ do.

On my 12th Christmas/birthday, I knew (doesn’t matter how I knew) a large gift was being secretly held in hiding. At long last, on my birthday, the gift was presented: a long, heavy box wrapped in holiday paper. My eyes lit up as I undid the box to reveal a brand-new J C Higgins .22-caliber rifle! Not just a single shot model that most kids received, this one had a five-round magazine and an attached 4X- scope. Wow! I’d hit the jackpot. 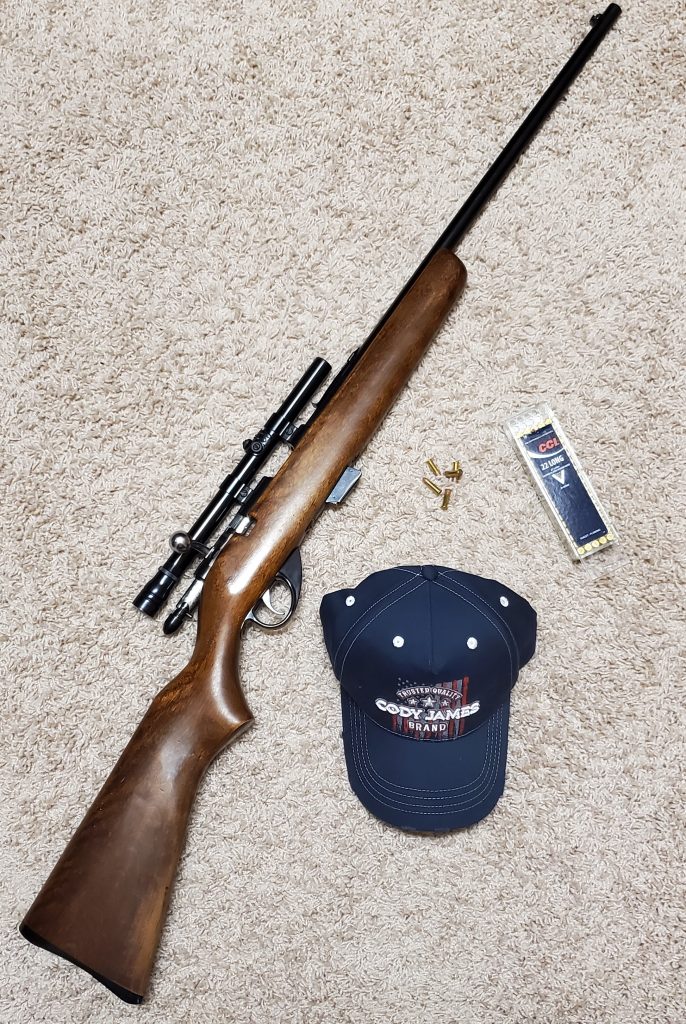 As I look back on that time, it was somewhat of a rite of passage for a boy to receive his first rifle. Maybe it would be a Red Ryder BB gun (Remember Jean Shepherd’s Ralphie: “You’ll shoot your eye out!”) instead of a rifle, but a “gun” nevertheless. I don’t think girls got rifles back in the day for all kinds of reasons. There may have been some exceptions, probably in more rural areas of the country, but boys were looked upon differently.

My dad was a hunter. Not a big game hunter, but small game such as rabbits, pheasant, partridge and quail. Which we ate. He even shot a red fox one time and had it made into a stole for my mother. Natural furs were looked upon with regard back then, and I think it was considered a sign of wealth to wrap oneself in mink or rabbit or fox. My dad was not going to turn me loose as a 12-year-old kid with a new gun without training, so there were numerous trips to the local gravel pit/rifle range to learn about safety and marksmanship.

We spent a lot of time in the following weeks practicing with my new rifle. Dad taught me how to take care of it, clean it, and store it. We didn’t have a gun safe in our house, so the gun would just be stowed in a closet, unloaded of course, and the ammunition stored separately for safety reasons. If someone ever broke into our house to steal something, they might find the gun or the ammunition, but not both. Neither was much good without the other—although you could use the rifle as a club, I suppose.

As time passed, I became aware of the National Guard Armory in our town. The rumor was that if a kid went there, the sergeant at arms would let you shoot on their rifle range in the basement of the complex and, as a bonus, give you free ammunition! So, I decided one summer day to pay a visit. I slung my rifle over my shoulder, making sure it was unloaded, and started to walk to the downtown area where the Armory was located, a mile and a half from our house.

I walked through our neighborhood, down the hill to the Nashua River, past the slaughterhouse next to the river, and on past the textile factories and neighborhoods that housed the factory workers. Then it was up a long set of stone stairs to Chestnut Street in the south part of town. The Armory was located a few more paces from the top of the staircase, with a church and the police station nearby.

My intentions were purely innocent as I embarked on this adventure to practice with my new gun. People surely had seen me parading by with a gun over my shoulder. Neighbors, I’m sure, saw me marching through their neighborhoods with this “instrument of death,” but nobody gave it a second thought. Perhaps even a police officer on patrol spotted me. Times were different back then, for sure.

Can you imagine if a kid tried to walk down Main Street with a gun today? He would immediately be surrounded by police and probably special response teams to mitigate the threat. He would be cuffed and stuffed. The gun would be confiscated and probably destroyed.

At the Armory the sergeant did indeed provide free ammo. He also took great care to teach us the very strict range rules and safety protocols. Anyone not observing them was swiftly shown the door. We had a lot of fun, learned a lot, and competed fiercely.

Over the years, guns have been demonized in America for a variety of reasons, but if you had been brought up in the 1950’s in small town America like me, you might look at it differently.  Most households probably had a gun or two around for hunting or sport shooting. It was natural. It was innocent.

Like my father, I became a small game hunter. I competed in pistol competitions and became a certified NRA pistol instructor. I passed on the tradition to my daughter (she shoots like Annie Oakley), and my son, who is the range officer for a police department. I taught my wife to shoot; she has her own pistol. She was brought up in the city and there were no guns in her house. She has since learned to safely handle firearms and respect others who embrace the shooting sports.

Times have changed, but some old traditions remain in parts of America where hunting (and target practice) are still followed. Even in The Villages there are air gun shooting ranges and clubs as well as a nearby commercial shooting facility. Soon we may even see video from the Winter Olympics of the biathlon, an international racing sport that combines cross-country skiing and rifle shooting.

I still have my .22 rifle from all those years ago. I shot it on the range the other day. It takes me back to when I was a kid. Maybe the difference between then and now is that I had great respect for my parents and never wanted to disappoint them. They, in turn, trusted and respected me. Anyway, I never got into any trouble with my rifle. Hell, I even walked through the middle of town and strolled down Main Street with it over my shoulder. But that was decades ago, and this is now. 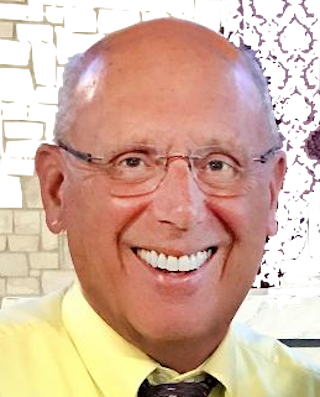 Dick Stoebel is a resident of The Villages, Florida and the author of I’m Almost History: A Memoir of an American Dream Family published by Hallard Press. Visit Dick’s author page at  where you can also buy his book. He is currently working on a new book which will be narrated by his ‘32 Ford hotrod. 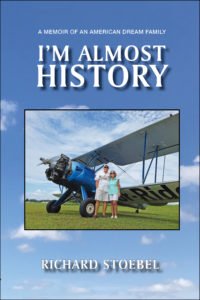