Streaming giants, like Spotify and Apple Music, are the most popular ways to listen to music today. Streaming music instead of buying CDs has made music more accessible than it has ever been. The number of songs available and the number of songs being added grows every day. According to Rolling Stone, in 2022, nearly twenty-four thousand new songs are added every single day and a million new songs are uploaded every six weeks. Given that impressive statistic, there are hundreds of songs and genres that most people have never heard before. Every week, I like to shuffle through various genres to explore old and new music. The following are four songs that I recommend listening to:

N Side By: Steve Lacy– Originally released in 2019, N Side has been gaining consistent internet popularity throughout 2022. Steve Lacy is a well-known guitarist and producer, so the instrumental portion of the song was very intriguing. The beat and flow were really surprising, making the genre placement a little difficult. The general vibe of the song was a wonderful blend of different genres I’ve never heard before. Probably landing somewhere in the range of funk/soul with R&B influence and a solid guitar presence, this song is incredibly groovy and mellow.

California Here We Go By: The Garden– Originally released in 2016, California Here We Go is still an indie song that hasn’t gained mainstream popularity but has remained a staple in the grunge scene. The Garden bases the majority of their music in the punk alternative rock genre with influences of synth, giving the band a brand-new sound. When I first heard the song, it immediately reminded me of the band CAKE which is punk alt rock group from the late 90s- early 2000’s. There was a use of horns throughout the song in combination with a strong bass line and occasional dreamy synths spread throughout. The lyricism in this song is not something I would say is Pulitzer Prize worthy but definitely good jam music.

Warmth of the Sun By: levitation room- Originally released in 2018, it’s hard to believe this song didn’t come straight out of the 1960’s psychedelic rock era. At the beginning of the song, the sitar is very prevalent enforcing that hippie vibe. Slowly reverb is added, and the drums and bass are brought in to add the traditional rock tones and influences that we all know and love. Similar to most psychedelic rock songs, there is also a solid guitar solo which pays homage to the genre and is easily my favorite part of the song. The lyricism is dreamy emphasizing beauty and peace, very reflective of music like the Beatles and Pink Floyd.

All Night Parking (with Erroll  Garner) Interlude By: Adele- Originally released in 2021, this single from her new album 30 is by far my favorite song on this entire list. The basis of the song is from a sample of the pianist Erroll Garner’s No More Shadows which was recorded back in 1964. Adele blends her velvety vocals in harmony with the beautiful piano solo and includes a jazzy bass beat to make the song her own. The lyrics reflect the tone of the entire album which is self-discovery and finding peace and happiness with oneself. From the instrumental rhythm to the charming lyrics this is a song you can’t miss.

If you enjoy any of these songs; you can find similar songs by playing “radio.” Radio on Apple Music gives you a playlist of songs based on songs you already like. Searching and finding new music is easier than ever with streaming services so I hope these suggestions can help guide your search. Happy music hunting! 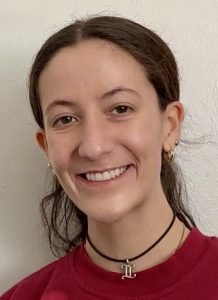