Kismet, that karma, predestination, etc. etc., out of the blue thing that happens when you least expect it, thing.

I was reading a piece by a friend about kismet the other day and thought, “My life has experienced a lot of kismet.” Opportunities open up. Wishes come true. Good things happen.

“How hard can that be?” has always been a motto. “I can do that (I’ll figure out exactly how later),” is another. A certain amount of kismet (actually a lot of kismet at times) is needed in order to make any of that work. 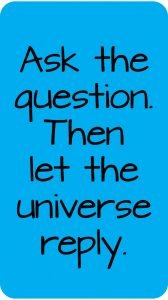 One of the most obvious instances of kismet in my life occurred years ago when I was asked to give a ride to a friend’s aunt and cousin. I was living in Nova Scotia and was going from Halifax to Digby, about three hours away. I picked up a lady and her twenty-something daughter early one morning at a shopping center and off we went.

The conversation was far ranging and somewhere I heard that they were from Prince Edward Island, a small, nearby Canadian province. “I have a problem,” I told them. “I’m a freelance radio documentary writer and I recently told a producer that I wanted to do a documentary on Canada’s oldest drug store—which happens to be in Prince Edward Island. Have you ever heard of that drugstore?”

There was a long moment of silence in the car. Then the lady looked squarely at me. “Do you know who we are?” she asked.

“Well, we own that drugstore,” she said finally.

To make a long story short, I did the documentary on the drug store (which the producer loved) plus another documentary on an elderly couple, who had been sodbusters in the west, and were part of the extended family (which the producer also loved). And a long-lost friend of the elderly couple heard the broadcast, got in touch with them, and visited a month later. That’s kismet! 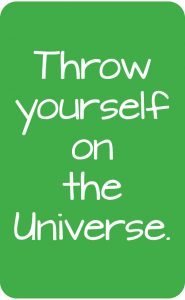 I have another friend (who knew I had that many friends?) who promotes the idea of what she calls, ‘throwing yourself on the universe.’ That means, get the word out there about what you want/need and often someone will be able to help.

So, in an unexpected philosophic moment, I created the Thermodynamic Law of the Universe, which goes like this:

“When something is needed, say you can do it (How hard can it be, anyway?). Then, when you suddenly discover that it’s impossible and/or you don’t have the skills/knowledge/faintest idea how to do it, throw yourself on the universe—tell everyone you meet that you’re trying to do this thing and ask if they know anything about it.

Quite often you’ll find that someone will have the answer or know someone who knows all about it. That’s kismet. It happens all the time.

And on rare occasions, when kismet is on break or just being obstinate, that’s where the Thermodynamic part of the law comes in. You’ll probably find yourself in hot water, to put it mildly.

Then you might experience defeat. Which gives us a deeper appreciation of kismet.