I was in a Jersey Mike’s sandwich shop recently for the first time. I ordered a ham and cheese on a bun.

“Would you like it Mike’s way?” the sandwich maker asked slapping my order together.

His look said, “Did you just arrive here from freaking Mars, you peasant?”

“Everything on it,” his voice said calmly.

I’ve learned this over the years: You can’t just go into a fast food restaurant or shop and order normal stuff. Items have been branded. Options are diverse. Fast food aficionados know the language. Regular people don’t. 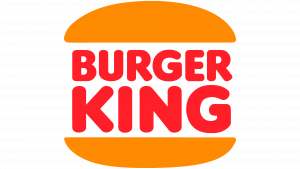 As an example: Go into your local McDonald’s, Burger King or Wendy’s. Saunter up to the counter and say, “A burger and a Coke, please.”

Be prepared for confusion. Stifled laughter. “Hey, listen! There’s a guy here just ordered a burger.” Laughs all round. You just made their day.

You can order a Big Mac or a Whopper or a Jr Bacon Cheeseburger. You can order a Dave’s Hot ‘n Juicy or Filet ‘o Fish or a King Croissan’wich. But you can’t order a burger, you ignorant peasant. There’s no such thing on the overhead, backlit menu. Stop trying to confuse the burger flippers and French fryers.

And don’t get me started on KFC, Arby’s, Chick-fil-A, Five Guys, Hardee’s, Sonic or Taco Bell. To mention only a few.

And we’re not going to get into the calorie, sodium and mystery ingredients discussion here. No way.

Instead, let’s get a coffee at Starbucks—the planet’s most pretentious coffee shop. Or Seattle Coffee or Daily Grind. “A large coffee, please.”

“Get out! Get out! We have grande macchiato Americano ice latte cappuccino espresso with two shots of cinnamon, dryer lint and a dollop of skim with a hair of the dog and extra room for half and half. We don’t have coffee, you ignorant peasant.”

Remember the old fashioned restaurants? They featured slow food and greasy, brown gravy and everything came with canned peas on top. The wait staff sometimes were surly, but they had menu items like “Fried liver and onions with mashed potatoes and peas.” You actually knew what you were getting. Unlike an “Angus Chipotle BBQ Bacon.”

“Roast chicken breast with gravy, French fries and peas.” You know what to expect. Squirt ketchup all over it and you have a gourmet feast.

That’s what they show you.

Here’s what you get.

Here’s how we should order.

“May I have an overdone, dried out mystery meat patty with last week’s warm lettuce and elastic pickles between two pieces of waterlogged, trampled bun? Let’s see. Stringy bacon. Slimy cheese. Dried up tomato skins and onion. Oh, and throw on lots of that goopy, salty sauce stuff, too, please.”

“No problem, sir. Would you like fries and a drink with that?”