Book One: Flight for Freedom with Teacher Guide

Set in the 1950s and written for fifth to eighth graders, the Karny Wilson Adventure Series appeals to Christian and home school students. There is no bad language or sexual content, although there is more than enough adventure, fights, romance, and realism to satisfy any pre-teener. The Christianity of the characters is evident through their actions and helpful angels (in the guise of two hobos) are introduced early in the first book.

The narrative of the first two books is largely set in a traveling circus where Karny finds his father, who abandoned him as a four-year-old, and Naomi, the teenage trapeze artist/daughter of the circus owner—where the romance happens. The third book takes Karny into minor league baseball where he struggles and ultimately succeeds as a pitcher waiting to be called up to “the show.” 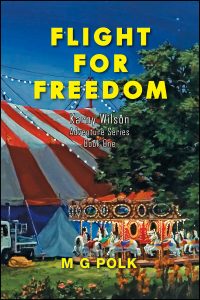 It’s 1959 and fifteen-year-old Karney Wilson hates his small Tennessee town. So he hops a railroad freight car and runs away to find his father at a circus in Florida. On the way he is forced to make life-altering decisions, finds a new friend, meets two hobo angels, and  tries out a new life with the circus. 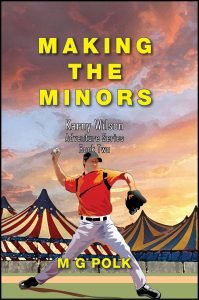 It’s 1960 and sixteen-year-old Karney Wilson has run away from home, found his father and joined him working in a circus. He’s also shown his potential as a baseball pitcher and had a tryout with the Reds. His love increases for his trapeze artist girlfriend, Naomi. While he waits for the call from the Reds, Karny and his guardian angels save Frado and the circus from the wrath of Simba the Lioness Queen.

Karny Wilson finds himself leaving Maxwell, TN for the second time. He was scheduled to leave for spring training with the Cincinnati Reds farm team as he prepares to be a minor league baseball player. But there are too many people in Maxwell wanting to put their hands on him. Not to pat his back and congratulate him, but to cause him bodily harm. Unfortunately, he will find himself falling into more holes than he can crawl out of, but also finding ways to success with the help from unseen friends. 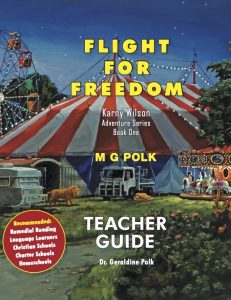 Each book in the Karny Wilson series will have a comprehensive 32-page Teacher Guide. Prepared by Dr. Geraldine Polk, The Teacher Guide  will delve into the details of language, parts of speech, and provides student exercises. Designed for both professional and homeschool teachers, the Guide simplifies their work and helps cut preparation time. 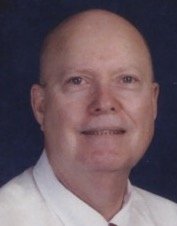 M G Polk was born in Montgomery, AL and spent his life as a Southern boy living in Alabama, Tennessee, South Carolina, Georgia, and Florida. He has a Bachelor in Audiology and Speech Pathology from Florida State University, and a Masters in Conflict Resolution from Columbia. He has spent many years in sales, speech therapy, and education. He lives in Florida and enjoys fishing, writing, and retired life. 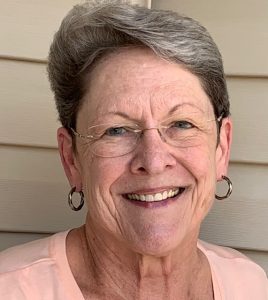 As a 37-year classroom veteran, Dr. Geri Polk has shared the joys of reading and language with thousands of students. During those years of experience in journalism, public speaking, yearbook sponsorship, and writing student curriculum at multiple grade levels, she has developed a favorite saying to her that applies to students and to herself: “Learning is a lifetime achievement.”