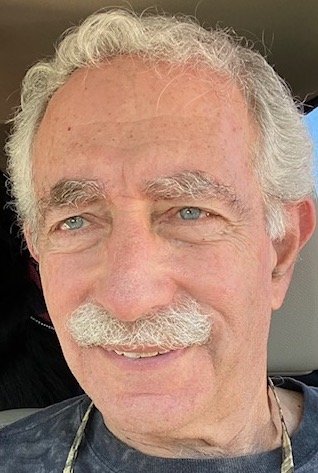 Welcome to the most desolate, inhospitable, freakiest, place I’ve ever encountered. The Skeleton Coast of Namibia was a safari I salivated for for many years. This was not going to be the Five Star luxury I’ve sometimes enjoyed. Nor was it going to be the Three or Four Star luxury that was far more typical of my safaris. Nope…this was getting right to that level between “bring your jacket or freeze” and “don’t worry that’s only the 3rd spare we’ve used today, we’ve still got one to go”. Welcome to the Skeleton Coast!

This is CRAZY! It’s 5:00 am and I’m actually going through with it… the Skeleton Coast, Namibia. “The Land God Made in Anger”….What was I thinking last night when I actually told Festus and Chris that I would try to find the herd of Oryx that “might” appear in the  early morning. I can’t believe I was so caught up in the macho conversations with these two incredible wildlife guides (Chris is the camp manager, more about him another time) that I offered to make the early climb and let Festus sleep in (or rather sleep off a few beers too many). How could I have opened my mouth and allowed those words to just babble out ? Let me explain…

While swapping safari stories at last night’s campfire (Chris was winner, no contest) Festus, our guide extraordinaire, lamented that lion were “almost never” seen in this area. Ah… now I was far more comfortable exploring on my own. There are no trees…so, no leopard. Occasionally a brown hyena or two, but they tend to run from people. There were always things to look out for, but what the heck, you have to look both ways when you cross the street, right?  Festus indicated that only in the past few days a small herd of Oryx (a beautiful antelope, capable of surviving in the desert) was seen very early in the morning on the broad plain on the other side of the hill above our camp (why is it always on the other side….just once I’d like it to be on “my” side). So here we are…while 5:00 am isn’t unusual for an early morning game drive on a normal safari this place has no resemblance to normal. It’s more like some strange totally deserted planet.

The incredible thick fog was my first view of the morning. Fueled by the icy cold Benguela current from Antarctica, it came rolling in across the desert from the Atlantic coast. Here I am, ready to step out of my tent into what could be the setting of a Stephen King novel I would never read alone at night. I’ve never before been in such an eerie scene. This was the fog that was dreamed up by Hollywood for horror movies…but what the heck, I had a mountain to climb (well, maybe a medium sized hill with all those scary looking rocks and boulders). I could not believe how cold and wet I was feeling as I VERY cautiously continued. Yes, another ridiculous whim for the sake of ‘maybe’ getting  a few more wildlife photos and for opening my big mouth.

Following Festus’ directions I spent about an hour climbing and getting my bearings. My small but powerful flashlight was being put to good use. Almost surprisingly, I actually located the vantage point he described (on the “other side” of the damn hill). The wind was blowing at a good 20 mph right into my face and while cold as hell, I was thinking it was a good thing since I would be downwind from the oryx (or anything else I might not want to encounter). My location was just like a “blind”, where I could see what hopefully couldn’t see me. Well, after all that (and feeling quite stupid) the fog began to lift. As it lifted just a bit I thought I could see something in the distance. While morning light was slowly beginning to filter in, the fog was so thick even my 10 power Nikon binoculars weren’t clear.  It seemed to be coming closer. At first it looked strange and unnatural, which truly added to the uneasy feeling I was having. Was I seeing a tribe of men coming toward my blind? I thought I could see the tips of the spears they were carrying….my first thought was I could definitely be in the wrong place right now.

Within the next minute or two the lifting fog revealed something more reassuring. I could make out the wonderful tall horns of….could it really be happening….the ORYX! My feeling of stupidity quickly changed to triumph and extreme satisfaction. I wasn’t about to confront some imagined tribal hunting party (I know, pretty ridiculous). It was suddenly worth every cold, wet, insecure moment since leaving my warm tent two hours earlier. I conquered the mountain (hey, give me a break I know it was only a hill).  Now I could come back to camp with my head held high and lead our group to the seldom seen herd of oryx.

As I made my way back to camp I was thinking of my accomplishment;  how I persevered in spite of the cold, harsh, morning fog and wind…climbing the wet slippery rocks in the dark, tackling that massive (hey, give my ego a break) mountain, being the first person in camp to seize the day, to actually find the herd of oryx…yup, it’s barely sunrise and it’s already a great day. I can’t wait to tell Festus and Chris.

So, almost an hour later I arrive at the dining tent in time to join EVERYONE already at breakfast. Naturally, Festus would be the first person to ask where I’ve been as I proudly explain my morning adventure. I just wanted him to know that I was a man of my word in finding the oryx just so he didn’t have to get up so early to go looking. At that moment with an exuberant and loud laugh Festus exclaimed how no one would ever go out that early and climb that “little hill” looking for anything. It would be much smarter to wait for the fog to lift AND THEN go looking. “You’d have to be totally crazy to go out in a godforsaken fog like that”.

More from the Skeleton Coast to follow……See ya next time.

Other Posts by Safari Mike:

The Meanest Critter in the Neighborhood

One Tall Drink of Water