Sam Olsen opened the door of his office building to a downpour. He promised his wife he’d be home in time for their anniversary dinner. Already late, now the deluge would delay him even more. With little cause to celebrate though, he hadn’t rushed his work. It had been a while since they called themselves a couple, the marking of the day a pretense. Yet he’d agreed to the dinner. Giving the brim of his tan fedora a good yank, he headed into the storm.

Head down, hands tight to his trench coat collar, the wind-whipped rain invaded still. The two-block trek to the subway seemed interminable. Sam lost all sense of time and distance. Had he missed the entrance? Gone too far? To his right, he caught the subway opening, a pale rectangle glowing in the surrounding gray. Rivulets flowing ahead of his steps ran from the sidewalk down into an abyss. Sam followed.

Hurrying down the slick treads, he stopped short at the bottom. A curtain of rainwater poured in from a ceiling rife with years of abbreviated maintenance. It halted his progress, obscuring the platform before him. Should he brave it without regard, passing through the watery partition like a ghost through a wall? At a momentary loss, he spied a faint stencil of footprints trailing off to the left. He followed them to a rear platform. But here too he was stymied. More water gushed from above. Only a barricade of sawhorses kept him from forging ahead into deepening pools of water.

He had little choice but to descend a flight deeper into the subway, the stairwell still peppered with random cascades. He kept his head down, grateful he’d yet to remove his hat. How far down did he have to go to escape the elements? And would Sarah understand the delay? Probably not. She had little tolerance for him of late and he had less toward her. He wanted to laugh at the irony of a perfectly miserable day to celebrate a perfectly miserable marriage.

It hadn’t always been that way. Since fourth grade, from the moment Sarah moved in next door, they’d formed a bond. Best friends, childhood sweethearts, they shared the notion life should be fun. Even their wedding cake, making a pun of their initials, served as an irreverent announcement of Sam and Sarah Olsen’s marriage— “Congratulations Mr. & Mrs. SO & SO.”

Somehow, somewhere along the way, they stopped laughing. A child to rear, now off to college. Careers, Sarah’s now in jeopardy. Ailing parents, both hers since his were long deceased. Now that he thought of it parceled together, he could see how much weighed on her. He’d given her scant support or understanding, but her stress turned him away. He couldn’t take all the blame.

Looking for the Uptown Line, faded signage sent him down a third level. He’d never ventured this far into the depths of the subway before. Nor had he seen an opportunity to swipe his Metro card or pass through a turnstile. What detour had he encountered? And where had it taken him? As long as he got home, he didn’t care.

Trudging his way across the platform looking for directions, he spotted an arrow pointing to a bridge spanning the tracks. Climbing over and down on the other side, he wanted to chuckle at his ridiculous commute. But tired and wet, his titter came out a wheeze. The dizzying descent of three flights left him weak. He leaned against the first pillar he came to and waited for the train.

Sam straightened at an increasing rumble, but the train screamed past; an express going somewhere without him. A blur of faces at the lit windows stuttered by—reflections of an old man standing on the platform. A wizened face topped with a tan fedora. He looked around. Deep in the bowels of the subway, he was alone. Then whose image did he see in the passing cars? Sam backstepped to the tiled wall, his eyes darting to the far corners of the dank station. A chill shuddered through him, more from a finger of fear than his soggy clothes.

The face looked familiar, much like his father’s as he’d aged. A snapshot of how Sam himself might look one day, lost and lonely. The same vulnerable look on the faces of Sarah’s parents, locked in their otherworlds of dementia. How many times had he refused to accompany her on a visit? After all, her parents weren’t really there. He saw now her requests were more for company and a shoulder. How foolish and insensitive he’d been. He rubbed his eyes and pushed back a rain-heavy coat sleeve to check the time.

The gold Patek Philippe watch was a family heirloom, first gifted to his grandfather by his bride on their wedding day. Passed on to Sam’s father and then to Sam on that same occasion, the sentiment blessed the new owner with a union as loving as the previous. He cherished the timepiece and all it embodied. Now though, it seemed the only bright spot left in his marriage.

Sam peered at the watch, alarmed by the withered wrist that displayed it—the hand gnarled, veins engorged. It belonged not to the forty-year-old who left work earlier that evening, but to an old man. And it was his. Quelling a shiver, Sam wrapped his arms across his body and held tight. It had to be an illusion. A trick of the dim light.

The speaker system came alive announcing a delay in the Uptown Line. All passengers going north could take the S train on Platform 8. Sam looked around and found an obscure sign pointing the way. Winding his way through a confusing labyrinth of tunnels, new feelings of guilt egged him on. Sarah deserved better. She wanted to have an anniversary dinner in spite of their marital obstacles and he wanted her to have it. He owed her that for all the good years they’d shared. Up one flight of stairs, down another long hall, he plodded on, lost in thought. Flowers. Ever since he’d known her, Sarah loved bright yellow flowers. Where could he buy them at such a late hour in this forsaken part of the station?

He tripped. A small misstep. His suit pants, soaked and slipping down his hips, dragged along the ground. His feet sloshed in waterlogged shoes. The fedora fell to his eyes and he tossed it away. Pushing up coat sleeves now hanging past his fingertips, he was relieved to see his wrist and hand no longer looked ancient and arthritic. The watch, though, dangled a perilous inch from falling off. With a quick yank, he rescued it and stuffed it inside the breast pocket of his loose-fitting shirt. Would Sarah have called that poetic irony, almost losing the last vestige of what was once their marriage?

In the past she’d have made a joke. But the last of her brightness left home with their daughter, conspiratorial gigglers now separated by the distance of a state and the pursuit of a degree. Though he too missed his little girl, Sarah took it harder. Why hadn’t he seen that? Surprised, Sam felt a spark of desire to be with his wife. Then he cursed himself for not acknowledging Sarah’s distress last week when she learned her hard-earned editorial position might be cut. How awful of him to have been so self-absorbed. How does one go back and make up for all the wrongs?

Ascending another steep staircase, he fell, tripped by trousers bunched at his ankles and shoes too large for his feet. Without stopping to question the oversized clothes, he stripped off most in a few clumsy movements. He only knew he had to get home.

A draft of fresh air blew in from the end of the platform. Sam sprinted to reach it, overjoyed by the breeze and a glimpse of night sky at the top of the stairs. In a youthful burst of energy, he ran up the last flight, out of the subway and into the summer evening air now washed clean by the storm. His mother would scold him for being late for dinner. Barefoot, and clad in only a man’s dress shirt, he ran hell bent through the park, stopping to pluck a few dandelions from the wet grass. Sarah, the new girl next door, liked yellow flowers. 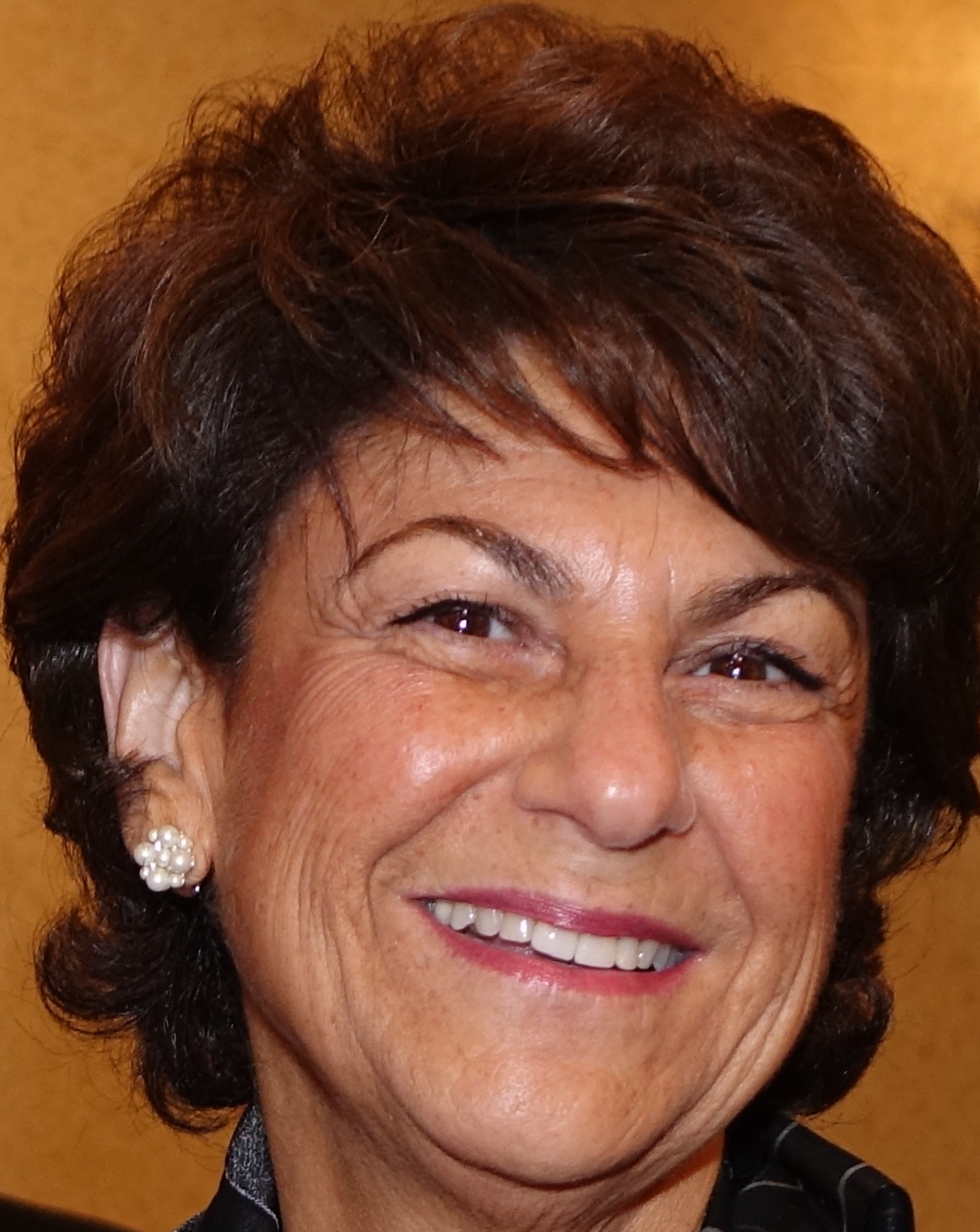 Welcome to Barbara Rein’s nightmares. Her book, Tales from the Eerie Canal: 22 Stories of the Delightfully Dark and Creepy, won the Florida Writers Association’s 2021 Royal Palm Literary Award for “Best Published Book of the Year.” She writes “horror lite” short stories (goosebumps, not gore) culled from a childhood of macabre fairy tales and endless episodes of Twilight Zone.

Barbara also writes chuckle-inducing essays inspired by the quirks and oddities that bounce her way.

A Floridian transplanted from New York, Barbara admits to being dachshund-obsessed. The long dog occasionally shows up in her short stories, though more often on her sofa, bed, and lap.

3 thoughts on “Losing Track of Time”