Tomorrow is the fifty-first anniversary of the May 4, 1970 shootings at Kent State. Each spring I’m reminded of this sad event and the heartache it caused so many. It is a central topic in my book, Surviving: A Kent State Memoir. But many events like this haunt those who witnessed them—the assassination of John F. Kennedy, the many wars the U.S. has fought, 9/11. There are also individual traumas that many of us have endured. Most writers probably have some kind of trauma in their past. Most use it as a well from which to draw the emotion that laces their stories.

Back in 1970 when I stood thirty yards in front of the Ohio National Guard and watched them fire at me, there was no such term as post-traumatic stress disorder (PTSD). The problem was called shell shock or combat fatigue among soldiers and appeared in writing as long as two thousand years ago. During the 1970s research began on the reactions of Holocaust survivors, Vietnam veterans, and survivors of domestic abuse. In 1974, psychologist Ann Wolbert Burgess and sociologist Lynda Lytle Holmstrom coined the term, “Rape Trauma Syndrome.” The idea that reactions to different kinds of trauma were similar evolved.

In 1980 post-traumatic stress disorder was adopted into the Diagnostic and Statistical Manual of Mental Disorders (DSM), considered the definitive text for diagnosis among those in the psychological professions.

My personal path to recovery led me first to therapy and then to train as a clinical psychologist. I spent my career helping others to heal from trauma and post-traumatic stress disorder. In doing so, I began to heal myself.

When a person feels intensely threatened by an event he or she is involved in or witnessed, we call that event trauma. There is a range of traumatic events or types of trauma to which a person can be exposed: war and combat; violence and abuse; disaster and terrorism are some examples. (nctsn.org)

Symptoms of PTSD can include intrusive memories, dreams, and flashbacks; avoidance of things reminiscent of the event; negative thoughts or feelings; relationship difficulties; and changes in physical or emotional reactions, to name a few.

After a traumatic event, it is normal for many people experience these symptoms for days or weeks. Most people don’t develop PTSD. It is diagnosed when the symptoms persist and affect daily life. Things that may predispose someone to develop PTSD include the intensity and duration of the trauma, previous history of trauma, repeated exposure to trauma, other mental health problems in yourself or family members, substance misuse, and lack of a support system. (Mayoclinic.org)

From the 1990s onward new psychological treatments for PTSD began to crop up and there is now great hope that suffering from prolonged emotional trauma can be relieved.

The trauma-focused psychotherapies with the strongest evidence are:

In the early 1990s, I was one of the first psychologists trained to do EMDR therapy and realized what a breakthrough it was. Many of the trauma survivors I saw started feeling better after a few sessions. None of these therapies involve years of talking. They are mostly a combination of actively working to change thoughts and behavior. I felt wonderful knowing that people would no longer have to suffer.

In the past few years, there have also been breakthroughs in using medications to treat symptoms.. Emotional trauma survivors should check with their doctors to see if they could benefit from these new treatments.

How can you help someone suffering the effects of emotional trauma? Most people say that just listening to them talk is helpful. And there are some people for whom talking about the trauma can make them feel worse, so don’t worry if someone doesn’t want to talk.

There is hope and help available for those suffering from emotional trauma and/or PTSD. You can contact the American Psychological Association or the Florida Psychological Association for a list of providers in your area. Since the start of the pandemic, many mental health providers have made their services available online and a simple search of the internet can find them. Always make sure that your therapist is licensed. 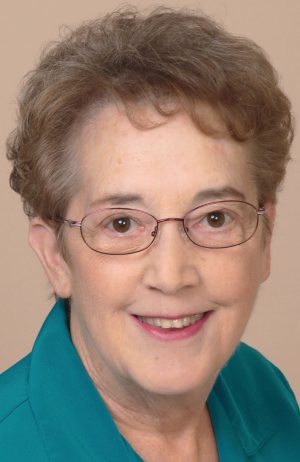 Paula Stone Tucker, Ph.D. is Silver Medal winning (Florida Writers Association, 2019) author from The Villages, Florida. Surviving: A Kent State Memoir was named one of the top twenty Northeast Ohio books of 2020 by the Akron Beacon Journal.  You can follow her on Facebook at Paula Stone Tucker, Author or Instagram at paula.s.tucker.98, or listen to her in depth podcast at MyHistoryCanBeatupyourPolitics.com.