Perhaps the most beloved Christmas film of all time got its start during a morning shave.

Philip Van Doren Stern, while getting ready for work one day in 1938, had an idea for a story: A stranger appears from nowhere to save a husband and father from a suicide attempt on Christmas Eve, restoring his joy of living by helping him realize his value to others.

Stern, an author and editor, eventually wrote a draft that he polished periodically and, in 1943, shared with his literary agent. It didn’t sell.

But Stern still liked the little story, so he had 200 copies printed as a pamphlet titled “The Greatest Gift: A Christmas Tale” and sent most of them out as holiday cards — and two to the U.S. Copyright Office at the Library of Congress. 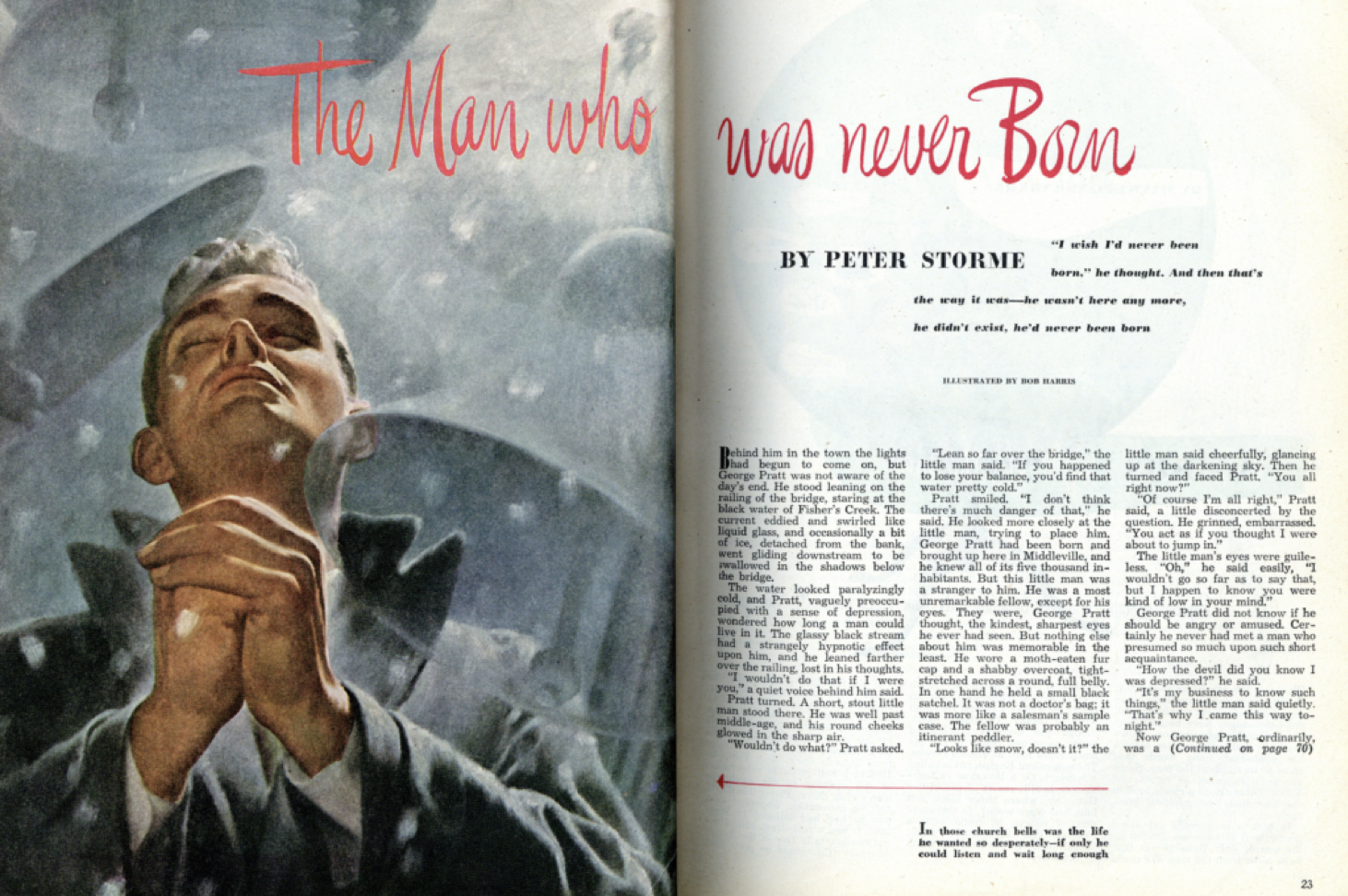 Good Housekeeping ran this short story in January 1945, “The Man Who Was Never Born,” which became the basis for the film, “It’s a Wonderful Life.” Serial and Government Publications Division.

The next year, RKO Radio Pictures bought the film rights for $10,000 as a vehicle for Cary Grant. Film rights helped: The story was published by two magazines and as a book in 1944 and 1945.

But film scripts proved unworkable, and RKO sold the rights to Frank Capra’s newly formed Liberty Films. With a new script, a new star in Jimmy Stewart and a new title in “It’s a Wonderful Life,” the film finally got made.

Despite earning five Oscar nominations, “Wonderful Life” lost money and, in 1948, Capra sold Liberty Films to Paramount. Ownership of the film changed a few more times and, in 1974, National Telefilm Associates failed to renew its copyright. With no royalty fees required, TV stations aired the film repeatedly, and “Wonderful Life” became a holiday favorite — while earning nothing for its owner. In 1994, its next owner, Republic Pictures, restored the copyright through court action, and Paramount bought it back in 1998.

Today, library collections hold items that chronicle the “Wonderful Life” story: the original Stern pamphlet, magazines that published early versions of the tale, the continuity script from the film, promotional posters for the movie and more.

What a wonderful life it has been for a story that nobody wanted to publish. (You can read more about the life of “It’s a Wonderful Life” in this post by Samantha Kosarzycki, a former legal intern in the Copyright Office.) 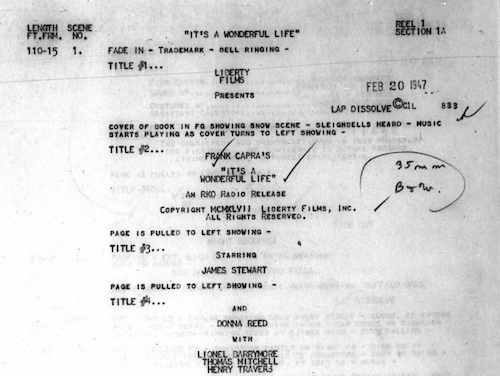 Elizabeth Brown is a reference librarian in the Researcher and Reference Services Division. This article appears in the Library of Congress Magzine, Nov.-Dec. 2022.