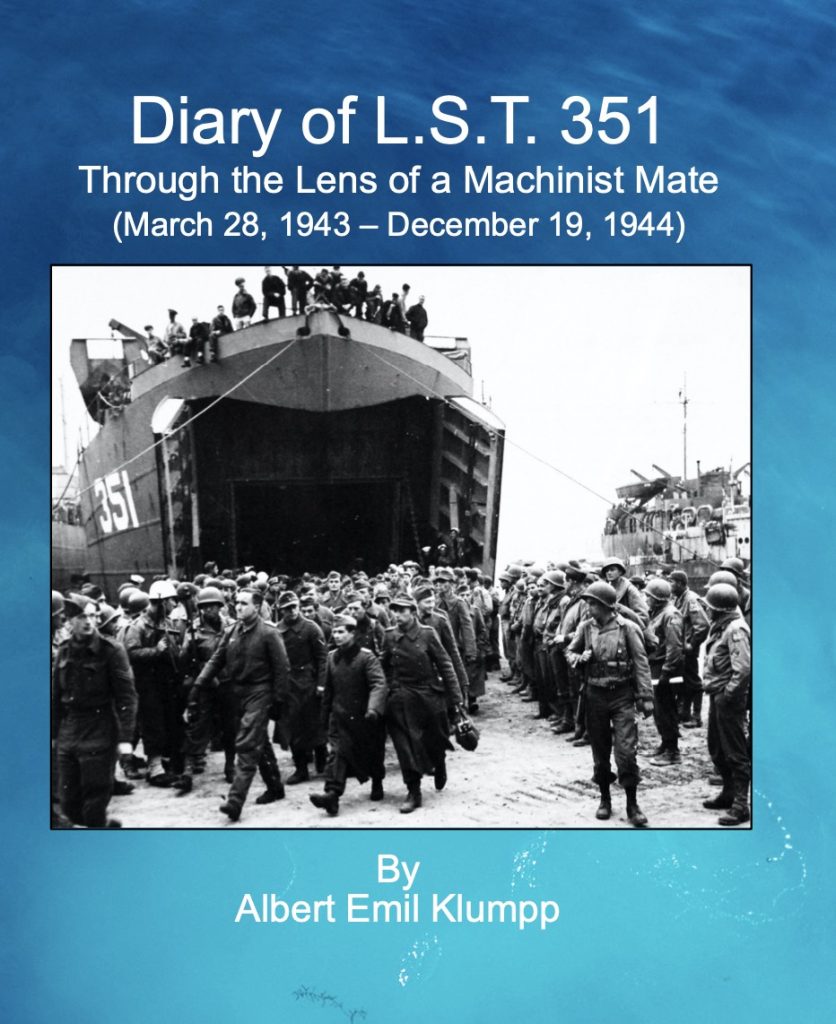 My granddad served on this LST on D-Day. It was cool to see a day to day diary of what was going on. I was excited to find it!
Amazon Customer

During World War II, military men were not allowed to keep diaries for fear that if they were captured, the enemy might learn valuable information. Somehow Albert had the blessing of the ship’s captain and was able to keep a day-to-day diary.

The diary needed to be transcribed. Albert’s handwriting was a challenge. So, in 2004, Al’s wife, Thelma, started translating it. Thelma would call her daughter, Donna, and read the diary excerpts over the phone.  Donna would type them on the computer. It was a 15 year project that ended in 2019.

As a result, we have a view of the war through the “lens of a machinist mate”. 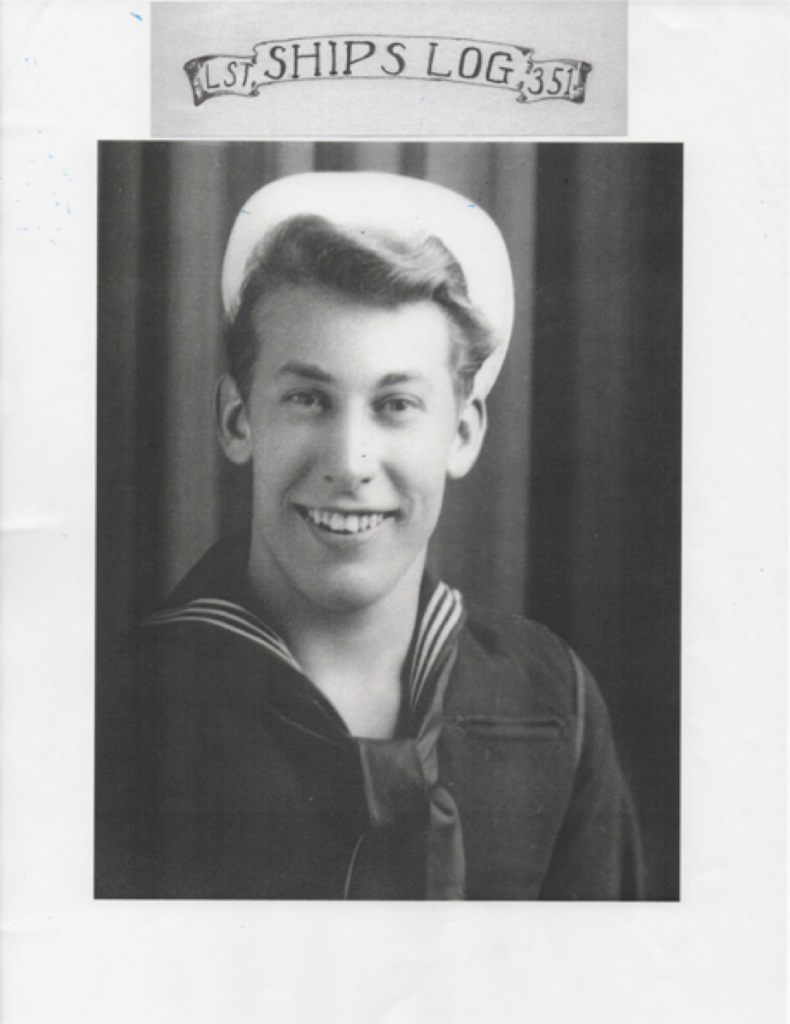