An excerpt from Boomerang By Paul Bourassa

I don’t know about you, but getting someone a gift scares the daylights out of me—especially around Christmas time. I blame it all on my Uncle John. You see, when we were kids, Uncle John told us he was one of Santa’s elves. And we believed him. Even though Uncle John was twice as big as Santa and probably could have chowed down on enough Christmas venison, in a single sitting, to wipe out all of those sled-pullers.

Why did we believe Uncle John, giant and reindeer muncher that he was? It was simply this: he had an incredible knack for knowing exactly the very best Christmas presents a kid could ever get. Even when we had no idea what we wanted, Uncle John could find something which would completely overwhelm you. 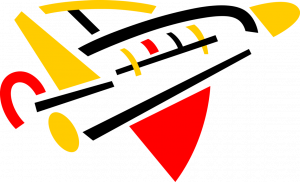 For example, a lot has been said about kids being more fascinated by the box the toy came in than the toy itself. When I was a kid, space was the big thing. Flying saucers, spacemen, space guns, and so on were really big. My parents spent a fortune on this stuff. Uncle John gave me a life-size, big enough for two, spaceship made of cardboard. He probably spent $10 on this most treasured gift. I had no idea such a wonderful toy existed. Was it my favorite? Well, I’m still writing about it.

Needless to say, this drove my parents crazy. Try as they would, they could never top Uncle John. So, what’s my problem? Even though Uncle John is long gone, now that I’m choosing the presents for folks, I live in terror that he is not the only naturally ingenious gift giver out there. YIKES! What a thought.

While that’s my excuse, what about all the other Boomers who never knew Uncle John, the monster elf? Well, I have a theory. Surprised? In the beginning, gift-giving was fun—the crazier and more outrageous the gift, the better. We were putting our generation’s talents of imagination and outlandishness to work. Newspaper comics for wrapping paper, homemade cards in crayon, IOUs for kisses, hugs, and other stuff. Then, somewhere along the way, we became like Adam and Eve when they figured out that they were naked. Our paltry gifts were just out there. It was more and more about the gift than the sentiment. Someone told us Uncle John was an elf, we believed it, and we have been frightened ever since. We’d forgotten when the gift of a single flower was our generation’s most tender expression of love. Sure, it was naïve and plenty of folks, including many of us, made fun of it. But like it or not, it is a part of our unique culture, and come to think of it, not a bad one at that.

Perhaps this is one maturation process we can turn back. Maybe, we can find those crayons again, and save the comics, and look for that single, special flower. But quickly, do it today, before Uncle John figures how to make them out of cardboard. 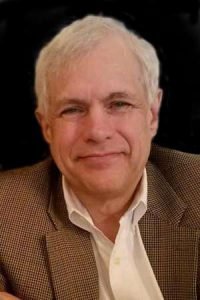 Paul, a native of Chicago, and then a resident of Memphis for over thirty years, spent a good deal of time writing articles and papers for scientific journals.  In the mid-1990s, he began his professional writing career creating non-technical articles for newspapers, magazines, and journals.

A contest calling for the most amusing Christmas story started Paul on a path of writing about the Baby Boom generation with an upbeat, humorous view of Boomers from today’s perspective.

His lighthearted style attracted the attention of New 50, a magazine published by the Memphis Commercial Appeal where he became a featured writer.

Upon moving to Florida, Paul extended his collection of Baby Boomer musings into his first book Boomerang, which has been compared to work by Garrison Keillor and Andy Rooney. 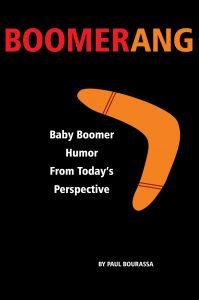