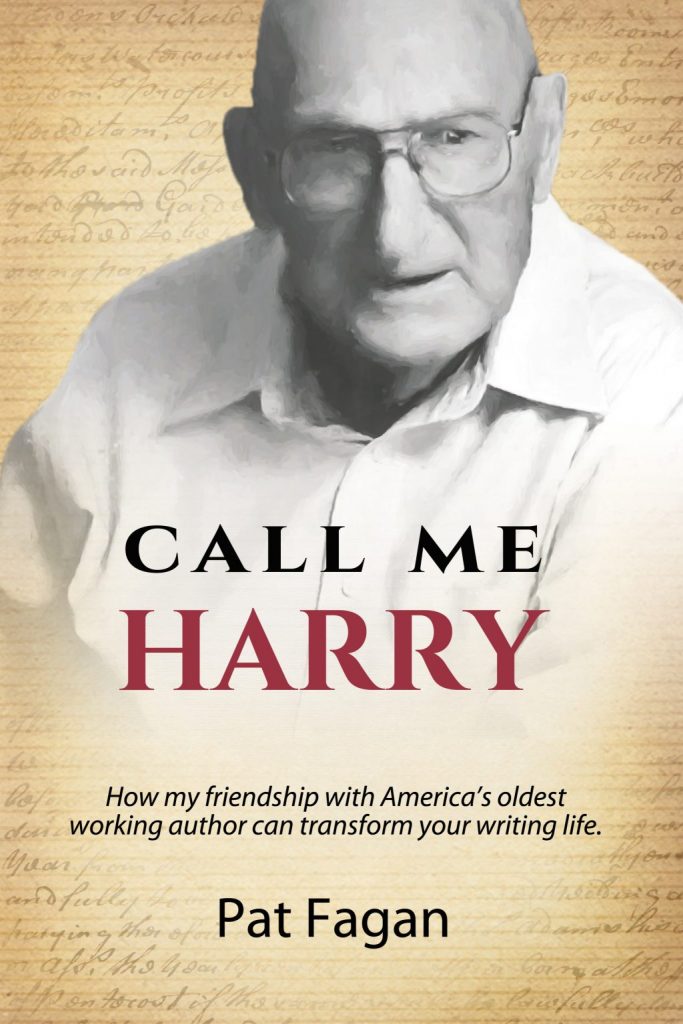 This combination memoir/character study will leave you thinking Harry is a member of your family. Any creative person, not just writers, can benefit from his advice. He nails it. As a gentle read, it is a pleasant break from fast-paced, violence-infused, foul language-infested modern writing.

Pat Fagan’s memoir – a stream-of-consciousness tribute – chronicles hisfriendship with Harry Bernstein who published his first book – The Invisible Wall – at the age of 96.

Pat discovered the book a few weeks after its release. He took a chance, called the author and was invited to visit. A deeply personal and professional relationship followed over the years.

Collected among these pages is an unforgettable story about a man for all ages. The book reveals what made Harry Bernstein the man he became. It reveals the humor and wisdom of an unforgettable writer until he runs out of metaphors, anecdotes and reflections of the past.

A special section highlights his invaluable insights, words of wisdom, and treasured advice from a master to anyone who wants to know the secrets of what it takes to be a true writer and author.