“Please come out of the car,” he orders.

Seeing my confusion… he repeats it in French.

We followed the U.S. Border Patrol agent to the office where they questioned my companion, Leroy.  I was then questioned by the agent in French.

“Where are you going?”

“How do you know this man?”

To which I responded with the truth…

“I am thirteen years old,”

“I do not know this man; he is my mother’s friend.”

I could hear the agents whispering to each other, and after addressing Leroy, I saw papers going back and forth.  Frustrated with what he was told, Leroy motioned me to get back in the car.  The agents watched us carefully as we turned around for the drive back to Montreal.

It was the fall of 1959.  The U.S. agents saw a large black man, wearing a black felt hat and a black leather trench coat, driving a black Cadillac with New York license plates.  They seemed suspicious that Leroy did not speak French and the white teenage girl he was driving to the U.S did not speak English.

I felt as though I had been transported to the Twilight Zone that day.  I was leaving my country, Canada, and the security of living eight years with the Sisters, five years at the orphanage and three years in Catholic boarding school in Montreal.  I was traveling with a dark stranger who did not speak French, and I was moving to a country where people spoke a different language.  I did not understand why the U.S. agents refused to let us drive to New York so that I could be with my mother.   Apparently, I didn’t have the correct papers to enter the United States.

Leroy dropped me off at Ogilvy’s, a department store in Montreal where my great aunt, Pauline, worked on the top floor as a seamstress.  I sat in the ladies’ bathroom for the rest of the day and fell asleep waiting for her to leave work early that evening.  Obviously, it was a quick decision for me to stay with her until my mother could come for me.  Aunt Pauline asked me to keep a record of all monies she spent on me, to the penny, so that my mother could reimburse her.  It was tedious work, and I had to pay attention to all the receipts.  My mother sent her enough money to cover my room and board for the three months I was destined to live with her.  I felt like a visitor again…and where was home?

During those three months, I walked to a public school and for the first time, I was a day student.  I felt like a fish out of water, and I missed the familiar and safe feeling of being with the Sisters; I missed belonging to a tribe.

I had lots of alone time, so I went to the movies and walked around Montreal.  It was on one of those walks that I instinctively entered the lobby of a hospital.  In the lobby, I saw two beautiful brown baby boys playing in a playpen; they seemed to be on display.  I had never seen such pretty babies; their black curly hair and big smiles melted my heart. They were about one year apart, perhaps one and two years old.  I felt such a connection with them that I asked the person at the front desk.

“Can I take them out for ice cream?”

“I am almost fourteen.”

“Sorry, you must be an adult to take them outside the hospital.”

Disappointed, I stayed and played with the babies till someone took them away for their nap.

A few years later, my mother told me that I had two black brothers in Montreal, Jean and Michel; they would have been the same age as the babies I saw that day.

Free from judgment, I seem to have had an impersonal love with everything.  Although I had never met a black person before Leroy, somehow I trusted and acted with confidence that all was unfolding as it should be and all would be well.

This attitude dictated how I learned to love my life…my fate.

“Amor fati”, a Latin phrase translating to “love of one’s fate,” is how I feel about my life story. 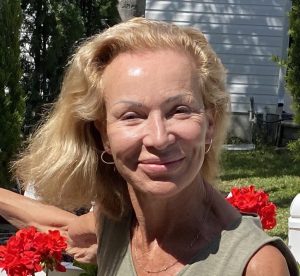 Raised in an orphanage in Quebec, Canada, Denise is a former United Nations staffer, student of French literature, and a Fellow of the Institute of Court Management.  Now retired, Denise calls the hard lessons learned “gifts”, she is grateful for the talents, such as compassion, empathy, kindness gratefulness and love, gained as a result of moving through difficult times.  Denise spends her time playing pickle ball, reading, traveling and enjoying  life.

She may be reached at dnkjwk1@gmail.com