Floyd steered the car smoothly in the outside lane, flipped on his right turn signal, and continued cruising west. “See, Miriam, I used the outside lane because I was leaving the roundabout at its first exit, sort of like just going straight, still headed west. If I wanted to go north, I would have used the inside lane, flipping on my right turn signal to show any bozo who might have stayed in the outside lane all the way around to the second exit that I was turning. That’s the way it’s supposed to work.”

“Are you calling me a bozo, my dear?”

“No, of course not. I was just explaining how it should be done.”

“You’ve given me those same instructions time after time, but I feel safer staying in the outside lane so some bozo turning right can’t cut me off.”

“I swear, Miriam, you drive like an old woman.”

“You may not have noticed, but I am an old woman and you’re an old man.”

He glanced at her. “When I say I’m an old man, you always say that I’m not old. Now you’re saying that I am an old man, but I’ve never called you an old woman.”

“But you said that I drive like an old woman.”

Floyd ignored her statement as he gazed intently out the windshield at the evening sky. “Do you see that light up ahead? I believe it’s a UFO.”

“Can you positively identify it as an airplane?”

She stared at him in silence for several seconds. “It’s an airplane.” She turned away from him and stared out the window at the passing landscape.

“Can you see wings? A tail? Anything that would positively identify this flying object as an airplane?” She ignored him. “Can you positively tell that it is piloted by a human being?”

She turned toward him and shook her head. “I hope you haven’t been watching that Alien’s Among Us show again. That’s more of that conspiracy theory nonsense.”

“How can you be so sure that aliens are nonsense? There are millions of documented incidents where people have seen aliens, plus several movies based on real encounters with aliens.”

“Close Encounters of the Third Kind is a movie, not an eyewitness account. Okay, before you start explaining it to me again, I agree that the universe is a big place and the odds that little green men probably exist somewhere in this vastness of space are pretty good.”

“You sound like you believe in aliens, but little green men?” He shook his head. “An alien could take any form. That bougainvillea over there could be an intelligent alien life form for all we know. Milo, our grand dog could be an alien sent here to learn about us.”

“Okay, ‘little green men’ is just what people say. I just said intelligent life probably exists, but they are not here. But a bougainvillea and Milo? Floyd, that’s nutball stuff.”

“I wasn’t serious about that. I just meant that intelligent life could be vegetation, maybe even a formless blob. But those alien bodies from that UFO crash the government possesses are humanoid.”

“Once again, conspiracy theory nonsense, and don’t think for a minute that we’re taking a road trip to Area 66.”

Miriam shrugged her shoulders. “Whatever.”

“You agree that aliens do exist, and you do believe in ghosts, don’t you?”

Floyd smiled. “Ghosts don’t exist here or anywhere else, and don’t bring up your aunt Dolly and her haunted house.”

She poked his arm with her finger. “There are thousands of documented cases of people seeing ghosts. Her house was haunted by several ghosts.”

Floyd laughed. “But did you ever see one of those ghosts?”

“No, I never saw one, but I heard lots of strange noises in that house.”

Floyd took both hands off the steering wheel and wiggled his fingers. “Oh, the rattling of chains and eerie, ghostly cries? Ooooo!”

“Floyd, keep your hands on the wheel or you might turn both of us into ghosts.” Miriam sighed. “I’ve never told you this, but Aunt Dolly said she’d seen this one particular ghost many times. She said that he was a handsome ghost and-and…”

“He was naked and stood over her pleasuring himself.”

Miriam returned his smile. “Aunt Dolly said it really happened many times, and it was after Uncle Fred had passed away.”

Floyd shook his head. “Oh, that explains it, the ghost of your uncle. Did this phantasm have an orgasm?” He laughed. “Was this specter an ejector? Did she see apparitional sperm floating above her bed? Sounds like an old spinster’s wishful thinking to me.”

“Floyd, I love you, but you’re a hopeless wiseass.” Miriam stared at him. “She told of other ghosts she’d seen in the house too.”

“Okay, I’ll bite. We have time for one more ghost story before we get to the Seafood Emporium. Try not to scare me too much while I’m behind the wheel.”

She gave him a dirty look. “When she talked about this one, it scared me to death.”

“Scared you to death? Are you a ghost?”

“Do you want to listen or just make your little feeble attempts at humor?” She cleared her throat. “She said that she was sound asleep when she heard a clanking noise.”

Floyd interrupted her. “Maybe it was the rattling of chains.”

Miriam ignored him. “She opened her eyes and saw a sword float through the closed door with a knight in full armor in pursuit.”

Floyd grinned. “Was he on horseback?”

“Of course not, a knight wouldn’t ride a horse inside a house.”

“Yeah, in real life, that’s true, but why wouldn’t a knight on a ghost horse ride through her bedroom in full pursuit of a naked man with his own sword unsheathed in his hand as he terrorized a damsel in distress while a scary gang of ghost sperm circled her bed?”

“Floyd, my dear, you are full of shit.” Miriam spied the sign in front of the Seafood Emporium. “We’re nearly at the restaurant. I don’t want to hear another word about aliens or ghosts. I want to enjoy our evening out.”

Floyd steered the car into a parking place and turned off the ignition. “That’s a good idea, darling.” He leaned over and kissed her cheek. “We’re going to have a phantasmic dinner.”

“That better be the last ghost reference of the evening, or you may never unsheathe your own sword again in this lifetime.” 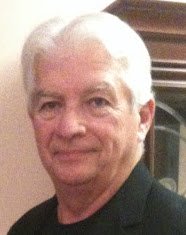 5 thoughts on “Aliens and Ghosts”