Eddie Price is an entertainer. He is also an award-winning author. And a former high school history teacher. A winning Kentucky Derby jockey from the early 1900s. A frontiersman, and Civil War sailor. Puppeteer is also on the list. He does all of these activities to sell books.

Who would want to buy a book about the early days of Kentucky, he asked himself. History buffs! And what group is really keen on history, and accuracy? The reenactors who stage battles and ordinary life on the American frontiers. 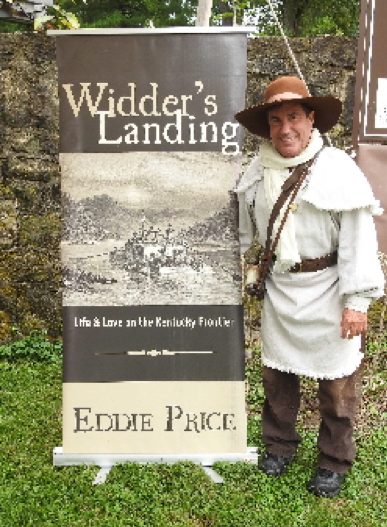 So Price turned himself into a frontiersman, complete with accurate costume, and joined the circuit.

“Boy, are they into accuracy,” he laughs. “They even check your underwear to make sure it’s authentic for the period.” No whitie-tighties on the pioneer trail. He recalls that early in his reenactment days waking up in his Jeep and everything was frozen. “Even the water in a cup in the vehicle was frozen. I shaved in ice water. Talk about things being realistic.”

Of course, while playing the frontiersman he also brought along boxes of his book, selling them from the back of the vehicle or at a table on the edge of the event.

It seemed like a good way to have fun, meet new people and sell books.

So, he branched out, taking his frontiersman persona to schools, organizations, clubs and even hobnobbing with the state governor and officials.

It wasn’t all easy. “I got lots of rejections. Spent hours on the phone and emailing people asking to speak here and there.” The persistence paid off. Price was selling more books at events than on Amazon or bookstores. 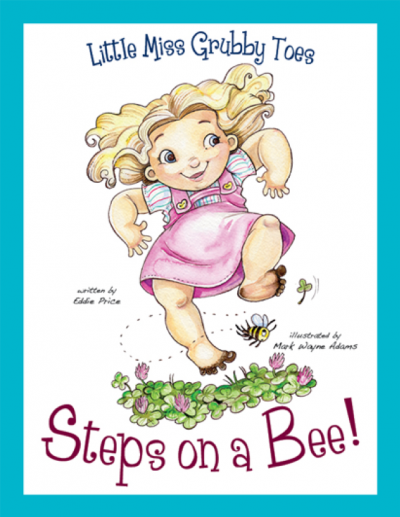 Never one to let a good opportunity go by, Price teamed up with nationally known illustrator Mark Wayne Adams and expanded his repertoire. He created a series of large format, illustrated children’s books featuring “Little Miss Grubby Toes” who steps on a bee, plays with fire, falls in the pool, and gets stuck in a tree, among other adventures. This took him into more schools and the “grandmother’ market who buy books for their grandchildren. The book won the 2015 Mom’s Choice Gold Award in the “Values and Life Lessons” category.

Then he wrote another novel—The Unlikely Trio—about Tarleton Goose, a thoroughbred jockey who made racing history in 1913. “Now I wondered how I could market it,” Price recalls. A short man in stature, he thought that he might be a jockey. So he transformed himself into a modern day Tarleton Goose complete with colorful jockey silks.

By now he had two novels plus the Miss Grubby Toes character and events, organizations, and schools were actually paying him attendance fees and were happy to give him space to sell his books.

Schools and children’s organizations bought bulk copies of Miss Grubby Toes, he covered frontier and military reenactments, DAR and Civil War groups, horse races, and other events. He developed a persona for each character along with presentations tailored to the demographic. He added other personas including a Civil War navy seaman. He is often accompanied by his wife, Mary, complete with her own costuming. With business booming, Mary also took over the ‘office management’ while Eddie sold more books.

Then he published One Drop—A Slave with a mystery plot set in New Orleans in 1815, further expanding his market reach. 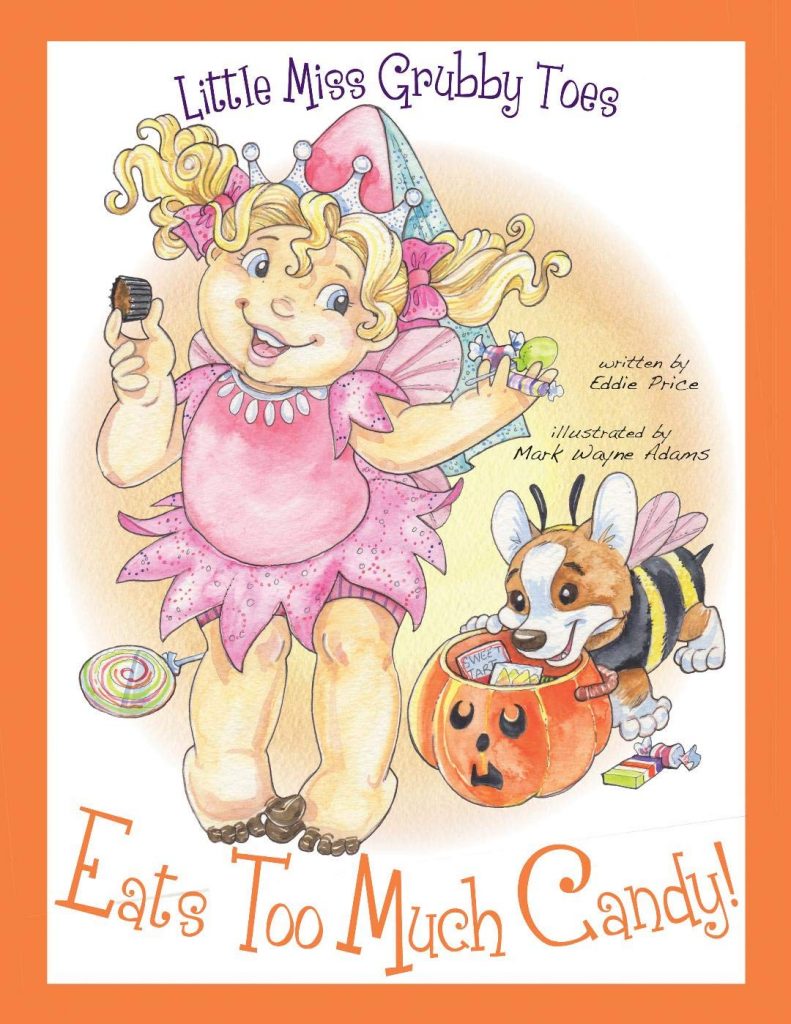 Adding puppets of the Miss Grubby Toes seemed the logical next step—to Price. In school presentations he promotes everything from ethics to history. A skilled entertainer, he is not a ventriloquist, and makes little effort to keep his mouth still while his puppets speak in their squeaky voices.

The pandemic curtailed much of his entertainment/book sales work, so he has been writing another novel. Just before the Covid he reached a major sales goal where his book income became substantial. Working his way back onto the circuit he has added a new wrinkle—his puppets have diversified and taken on their own personas to match his frontiersman, jockey and so on.

Before Covid he was spending two to three weekdays and most weekends on the road, and it is obvious that he wants to return to that pace again while completing his latest novel.

This past weekend at the Florida Publishers and Authors Association annual conference in Orlando, Price received another President’s Award for the latest Miss Grubby Toes adventure. He also won the Award in 2020.

For more information on Eddie Price, his awards and work, visit https://www.eddiepricekentuckyauthor.com/.